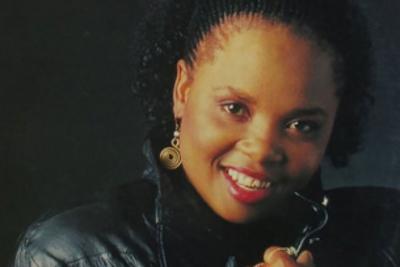 South African disco queen, Patricia Majalisa, has died this week at the age of 53.

Patricia was often referred to as the ’80s disco music queen and sadly she died yesterday morning at Helen Joseph Hospital, Joburg, after a short illness.

Most recently, She collaborated with the South African Kwaito artist Mkhonzeni Langa, aka the Professor, on his latest album called ‘Bubblegum Love’.

Patricia rose to fame in the ’80s and became well-known for her memorable music and particular style. Some of her most famous albums are ‘Cool Down’, ‘Gimba’ and ‘Witchdoctor’.

She was a well-known artist in South Africa and also gained popularity in Zimbabwe and Botswana where she went on tours with the late star Dan Tshanda.

In a message posted on the late Dan Tshanda’s Facebook page, Sylvia Tshanda and Dalom Stable said the world has lost a music icon, leader and great entertainer.

“It is with sadness, regret, anguish and sorrow that I announce the passing of the Disco Queen, Patricia Majalisa. Her untimely death has left us and tens of 1000s fans around the world in shock.

“Majalisa leaves a legacy behind, she graced the stage, she lit parties and dominated the radio stations across Africa and beyond, both at the times when she was with Dalom Stable and when she wasn't.”

Sylvia and Dalom Stable said her music “united all across different cultural, racial and linguistic divides, not only in Africa but the world over.”

Majalisa, who had thousands of fans in South Africa, Zimbabwe and other countries, complained of some health problems. Her manager, Oska Tee, confirmed her death, but could not disclose the cause of her death.

Majalisa had a way with mixing genres, including mbaqanga, into her disco music.