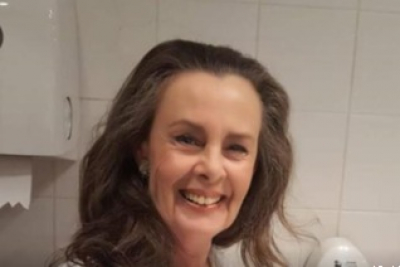 Cawood died this morning around 09:19, her daughter Jenna Dunster posted on Facebook.

In a statement posted to Facebook Dunster said, "Elize Dunster (nee Cawood) passed this morning at 09.19.  She was diagnosed with lung cancer in September and fought gracefully until the end.  She was in no pain when she passed and both me and my father were there with her.    Our worlds will never be the same without her - but we celebrate the exquisite human being that she was.  Thank you to everyone for you love and support, we truly appreciate it, but we would like some privacy during this time.  Much love from my Dad, Wilson Dunster and me".

She had a career that spanned over 40 years with appearances in theatre, film and television.

I pay a special tribute to one of South Africa’s great stage and film actor Elize Cawood who passed away this morning. . Deepest condolences to the Dunster Family. RIP Elize. The Market Theatre salutes you. Elder

It is with great sadness that @SAGActors offers a farewell tribute in honour of #ElizeCawood. Celebrated SAGA member & veteran of stage, TV & film, Elize will live on in our hearts & memories. Our deepest sympathies to her family & friends for their loss. @UASA_the_Union @TBFofSA pic.twitter.com/xiilLUs5ff

Tweet
More in this category: « Reality series Life With Kelly Khumalo is the next Showmax Original. Tamar Braxton's Sisters Break Silence: 'Pray For Our Family'. »
back to top