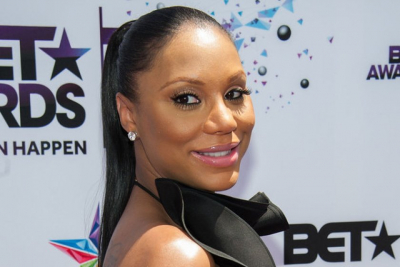 Tamara Braxton shocked fans when she was rushed to the hospital after a possible suicide attempt in the late hours of Thursday, July 16.

Her family is speaking out for the first time since her hospitalization asking their loyal fanbase to "pray 4 our family."

Braxton's sisters,Towanda Braxton and Trina Braxton, addressed the scary situation on their Instagram pages on Friday, a day after their younger sister's possible overdose.

The family rushed to Tamar's side at the hospital and are turning to faith in their time of need.

In the message obtained by The Blast, the 43-year-old reality star lamented about being a 'slave' and suggested that the 'only way out' of her situation was 'death.'

"I am a slave. I do not own my life. My stories. My pictures. My thoughts or beliefs. I’ve asked my massa to free me. I’m threatened and punished for it."

"The only way I see out is death. I will choose that before I continue to [live] like this. please help me, concluded Tamar, followed by a prayer emoji."

The message - sent to a list of unnamed family members - was a screenshot Tamar had allegedly taken of a drafted tweet that she never published to her Twitter.

But, the sister of Toni Braxton did publicly change her name on Twitter from 'Tamar Braxton' to 'Tamar "Slave" Braxton' at some point on Thursday.

According to sources, Tamar's heartbreaking words received a near immediate response from family members, including her devoted boyfriend David Adefeso, who discovered her 'unresponsive' in their hotel room at the Ritz Carlton in Downtown LA on Thursday night.

As of now, Tamar is reportedly in 'stable' condition and currently being 'held under 24-hour watch' at a hospital in the Los Angeles area.