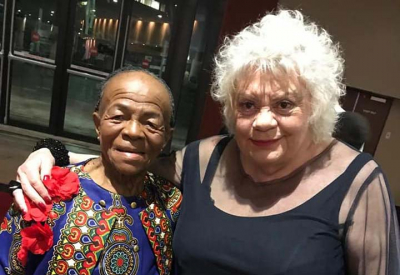 South African casting director and agent Moonyeenn Lee has died due to complications caused by Covid-19.

A statement on Sunday said Lee died on Saturday, 18 July 2020, in Johannesburg.

"She would always do everything in her power to convince them to rather cast local actors over foreign actors. Her dedication eventually paid off as many international productions trusted her to cast locally. Moonyeenn helped shape the lives of many actors, directors and writers through her fierce honesty and passion. The South African film industry has lost an icon and a formidable champion of the arts. She will be sorely missed by us all,"  read the statement.

Lee was a legendary South African casting director and agent, who’s been nominated for two Emmy Awards in the last three years (for The Looming Tower and Roots).

She’s cast or helped cast the Oscar-winning Tsotsi; the Oscar-nominated Mandela: Long Walk To Freedom, Hotel Rwanda and Blood Diamond; the Oscar-shortlisted Black Panther and Life, Above All; the Golden Globe nominees Machine Gun Preacher and Mandela and De Klerk; and Emmy-winning series like Homeland, as well as nominees like The Prisoner and No 1 Ladies Detective Agency, among others.

Boasting 47 years experience in the film industry, in 2003 she founded Khulisa Productions and produced her first film called Promised Land.

She is survived by her son and daughter.

Tweet
More in this category: « Tamar Braxton's Sisters Break Silence: 'Pray For Our Family'. Veteran actor Allen Booi has passed away. »
back to top