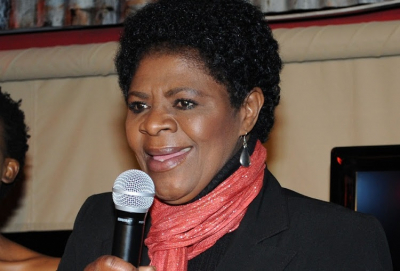 “Moloi was both a stellar linguist and a phenomenal storyteller - in a league of her own. Through her work, she taught us the tshiVenda language.

“She was a true embodiment of African culture and heritage. A proud Vha-Venda Queen, who created a path for so many others to enter the media space,” the Minister said on Wednesday.

Moloi passed away on Tuesday at a hospital in Pretoria. She is most notably known for her portrayal of the character of Vho-Makhadzi on SABC2’s Muvhango, for which she won the 2009 SAFTA Golden Horn Award for Best Supporting Actress in a TV Soapie.

In 2008, she played the role of MaModumedi in the SABC1 mini-series Death of a Queen, which aired as part of the channel’s “Shakespeare in Mzansi” strand from July to August of that year.

In 2014, she featured as Fhatu Neluvhola in the SABC2 thriller series Thola and also starred in Giyani: Land of Blood on the same channel in 2019.

“Our sincere condolences to her family, especially her daughter, Lerato Zah Moloi, as well as her colleagues, friends and fans around the country. This is the end of a chapter and the beginning of a new eternal life chapter. Lufu a lu shoni. May her soul rest in eternal peace,” the Minister said.