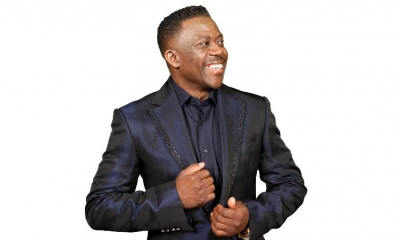 For the first time, the 2020 South African Music Awards(SAMA) has been divided into five episodes, scheduled to air from 3 to 7 August on Mzansi Magic (DStv 161) and Vodacom's My Muze at 21:30.

While the theme for this year's show is #ForTheKultcha, every episode has also been given a sub-theme, and Thursday it was all about celebrating those who do it #ForThaCraft.

Gospel star Benjamin Dube was honoured with a Lifetime Achievement Award, celebrating his illustrious career. The award for Music Video of the Year was given to AKA, and Ami Faku took home the coveted Female Artist of the Year.

The evening was also used to pay tribute to the fallen stars of the industry.

Dumi Mkokstad and Sbu Noah shared a moving performance inside an empty church, remembering artists like Johnny Clegg,Joseph Shabalala and Neyi Zimu who died in the past year.

About the penultimate episode of the show, RiSA CEO Nhlanhla Sibisi said in a statement: "We have hit the home stretch with this year's edition of the SAMA and we look back with pride for the amazing production, the worthy winners and how South Africans tuned in and streamed the ceremony."

He added: "Tonight was no different, it was a jam packed episode with lots of emotion and beauty, and we extend our congratulations to the winners for receiving the ultimate award in local music."

On Friday the fifth and final episode of the show will air. The 45-minute finale has been dubbed #ForThaClub and will celebrate dance and rock music. Viewers will also get to see who walks away with the massive Record of the Year award.

Here are all the winners from night 4:

Glory in His Presence by Benjamin Dube

Into Dust/Waltz for Jozi by Peter Auret

Female Artist of the Year:

Fetch Your Life by Ofentse Mwase

Music Video Of The Year:

Jika by AKA featuring Yanga Chief.

Tweet
More in this category: « State Theatre to stream Marikana - The Musical online. 30 Money Mistakes Women Make & Ways to Get Back on Track by Kim Potgieter. »
back to top