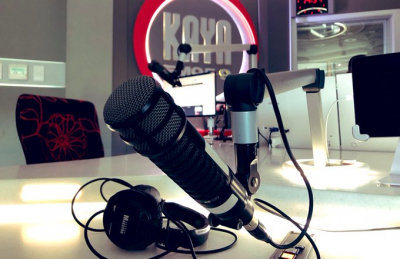 A commercial radio station,Kaya FM is rocked by allegations of financial impropriety, sexual harassment and favouritism implicating several senior staffers and they are are being investigated by the board.

The radio station's MD, Greg Maloka, has volunteered to take a leave of absence.

An anonymous letter alleges a senior staffer misused company resources for their own benefit and this was allegedly covered up by a colleague who was also given interest-free loans.

It alleges female staffers were sexually harassed and experienced inappropriate behaviour around one of the implicated staffers, and decisions made by the HR department were interfered with by that staffer.

The unidentified author also alleges the misuse of company credit cards, bonuses without merit or in line with company policy, interest-free loans to a colleague, the use of company equipment for personal events, and that an in-office relationship had led to a situation of “favouritism”.

It also claimed the “exploitation and harassment of female staff in exchange for professional reward or advancement” and there was interference when these were reported to HR.

The emailed letter was addressed to Kaya FM board chairman Sizwe Mncwango and the station’s shareholders. The sender requested an urgent investigation.

Mncwango confirmed to News24 the board had received the letter.

He said he did not know if the allegations were true because they have not been tested yet.

"The board has met a few times this past week to consider the most appropriate action/way forward to be taken."

Mncwango added the board and Maloka viewed the allegations seriously.

"After a constructive discussion with the board, Mr Maloka has volunteered to take leave of absence to allow for a smooth and uninterrupted internal process as well as to allow the investigation to run its full course."

Kaya FM COO Linda Reddy would act as managing director in his absence.

Mncwango said: "We are quite confident that our internal processes, currently underway, are quite robust and will ensure that the matter is dealt with in the most objective manner; with dignity and respect for both the complainant as well as the person/s accused of the allegations."

Twitter
More in this category: « Blaq Diamond scooped Record of the Year award at Samas grand finale. YFM and KFM face off this week in Family Feud as they compete to win for their chosen charities. »
back to top