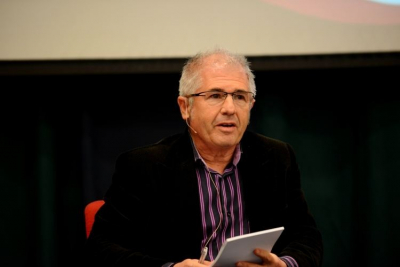 Perlman comes to 702 from Kaya FM, where his work garnered him numerous South Africa Radio Awards, including the News and Actuality Show of the Year award for 2020, and an induction into the Radio Awards Hall of Fame.

He will replace Joanne Joseph, who has hosted the afternoon drive show since 2018.

702 station manager Thabisile Mbete said through a statement on Wednesday she was thrilled to be welcoming Perlman back.

"We know he is going to become a keystone of our refreshed approach to talk radio and our enhanced proposition for current and new listeners. John has contributed immensely to journalism in South Africa, both in print and broadcast. We know that his fresh perspectives - that come from a career covering stories from the world of sport to current affairs, and everything in between - are going to be just what audiences are looking for on their afternoon drive,” Thabisile said.

Meanwhile, Perlman said he was looking forward to returning to one of his earliest places of work.

“I am really excited to be working with so many journalists and presenters whose work I enjoy and admire. I will be reconnecting with an important part of my own journalism journey. 702 was the very first station to give me a chance, first as a football reporter and later as a stand-in talk show host. That was back in the late 1980s when I was an absolute beginner. Hopefully, I've learned a few things since then and I’m looking forward to reconnecting with 702 listeners in the next chapter of the 702 story," Perlman said.

More in this category: « World Maritime Day Parallel Event postponed. The Whistleblowers by Mandy Wiener. »
back to top