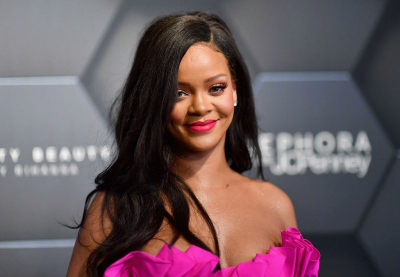 Pop singer Rihanna is recovering after a recent accident involving an electric scooter.

According to People Magazine, the 32-year-old singer was photographed with bruises on her face when she was spotted in a car near a Los Angeles restaurant on Friday.

Rihanna's representative told People Magazine in a statement, "Rihanna is completely fine now but flipped over on an electric scooter last week and bruised her forehead and face."

"Luckily there were no major injuries and she is healing quickly,"the representative added.

Rihanna's accident comes after just weeks after a similar incident where Simon Cowell was rushed to hospital after breaking his back after falling off an e-bike.

The TV star underwent surgery last month, after breaking his back 'in a few places'.

The images of RiRi's injuries were met with speculation of a physical altercation, after she was assaulted by then-boyfriend Chris Brown in February of 2009.

Brown, 31, took a plea deal, for which he was given five years probation and ordered to stay 50 yards away from Rihanna.

Rihanna is set to premiere her highly-anticipated Amazon documentary on July 4, 2021.

More in this category: « City of Joburg's Arts Alive Festival Goes Digital. GAHT celebrates International Literacy Day under the Storytelling Tree on the Bluff. »
back to top