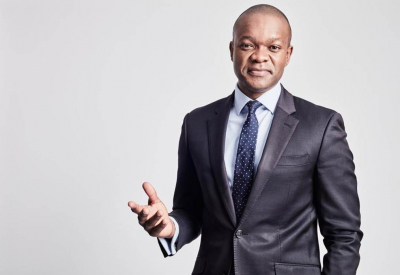 Award-winning television journalist and news anchor Xoli Mngambi will be joining Newzroom Afrika from the 1st of October as the host of Newsfeed AM between 9am and midday, from Mondays to Thursdays.

Mngambi is a highly regarded broadcaster whose reputation has been forged on the frontlines of momentous historical events – from his riveting coverage of the infamous Marikana massacre to the recall of two presidents from office, Thabo Mbeki in 2008 and Jacob Zuma in 2018.

Over a television career of more than a decade, Mngambi has covered business, current affairs and politics for CNBC Africa and eNCA.

Along with the morning news slot, Mngambi will host a new show on Sundays between 3pm and 6pm. Newzroom Afrika’s News Director Katy Katopodis says she is thrilled to welcome Mngambi to the team.

“He is a consummate professional whose depth of experience and knowledge make him an authoritative voice on South African current affairs. We’re very happy that Xoli has chosen Newzroom Afrika as the platform for the next chapter in his stellar career,” continues Katopodis.

Mngambi says he is looking forward to working with Newzroom Afrika’s dynamic group of journalists.

“There’s a really refreshing energy and passion in the way they go about their work and I love the channel’s emphasis on putting people at the heart of the story. I’m excited about the possibilities ahead, for myself and Newzroom Afrika,” Mngambi adds.

More in this category: « It’s the battle of the comedians this Sunday on Family Feud. Harris Dousemetzis awarded the Fage & Oliver Prize. »
back to top