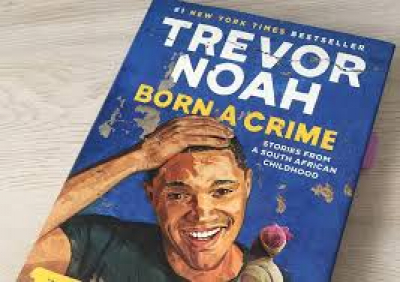 Trevor Noah's Born a Crime was announced as the winner of this year's SA Book Awards at a virtual ceremony hosted by SABA (South African Booksellers Association), sponsored by Nielsen Book and supported by PASA (Publisher's Association of South Africa). This year marked the 20th anniversary of the SA Book Awards whereby booksellers vote for their favourite titles in three categories including Adult Fiction prize, Adult Non-Fiction prize and the Children's prize.

A record number of booksellers voted for a shortlist of bestselling titles published in 2019 in South Africa and written by South African authors in each category. Born a Crime was also announced as the winner of the Children's award.

Born a Crime is adapted for younger readers from Born a Crime: And Other Stories – the #1 South African and New York Times bestseller. This adaptation has sold over 8,000 copies in South Africa and the original edition published in 2016 has sold almost 120,000 copies.

On accepting his award Trevor said: "Writing a book was a very scary experience but turning the book into a book specifically for kids was even more scary because children have a very short attention span if your book is boring!" He went on to thank all the kids who read the book, the parents who read the book with their children, the booksellers who sold the book and the teachers who recommended the book to their students.

Nielsen stated that the book received the highest number of votes and Trevor Noah was the clear favourite among booksellers.

On receiving the news Trevor said "This book was my blood, sweat and tears. It was my family's story and my country's story". He went on to praise South African authors, saying they have the most amazing and inspirational stories to tell, encouraging them to continue writing them down so they can be shared with the rest of the world.

Trevor has donated his prize money to the Trevor Noah Foundation which supports underserved youth with the educational foundations and opportunities they need to become resilient future leaders of South Africa.

Terry Morris of Pan Macmillan congratulated Trevor and thanked Nielsen and the South African booksellers for being partners in the exciting journey of delighting thousands of South Africans of all ages with Trevor Noah's remarkable book Born a Crime.

Twitter
More in this category: « Applications now open for the 2020 Concerts SA Digital Mobility Fund. The 5 best new international movies on Showmax, from John Wick 3 to Harriet. »
back to top