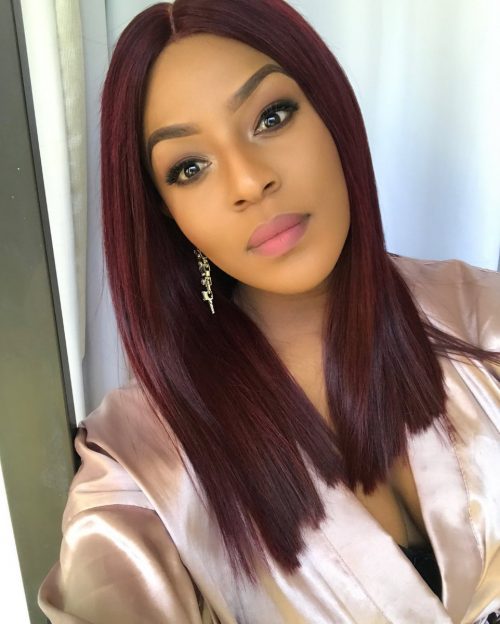 Actress Jessica Nkosi revealed on her Instagram that she has allegedly been cheated on by her baby daddy, Ntokozo "Tk" Dlamini, who is also known as Mastermind on Uzalo. 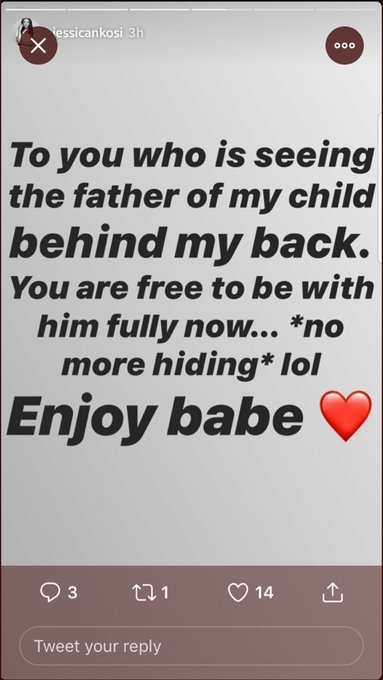 She followed that up with two more posts that she was heartbroken by the betrayal but she would be fine and she also thanked her followers that tipped her off about her baby daddy cheating and sent her pictures to prove his infidelity.

The actress has done quite a lot for herself career-wise. While she is best known for her role in Isibaya from when she started in season 1, she has also worked in different projects. These include aYeYe (Season 1), Lip Sync Battle Africa (Season 2) as well as Tropika Island of Treasure (Season 7). She first appeared on Our Perfect Wedding show as a guest presenter and later ended up hosting the show in the next season.

Tweet
More in this category: « Edward Snowden Tells His Story for the First Time in ‘Permanent Record,’ A Memoir that Reveals His Journey from Spy to Exile to Conscience of the Internet. Sthembiso SK Khoza to leave The Queen. »
back to top