Rhythm City and Scandal! Two weddings and a destination. 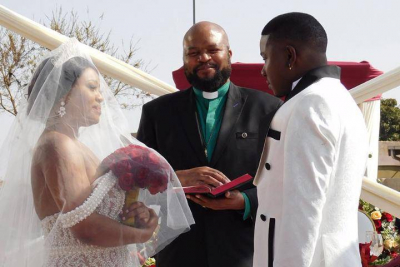 This October, e.tv viewers will be spoiled for choice when it comes to matrimonial bliss that's bursting at the seams with controversy.

Couples embroiled in entanglements finally say their I DO's during the biggest hour in television when Sabelo marries Sindiswa on Rhythm City and on Scandal!, Simo marries Grace.

After a tumultuous relationship and an on-air radio proposal, Sabelo and Sindiswa finally make it down the aisle in a typical classy Kasi wedding shot on location in Orlando East, Soweto.

Cupid's arrow has also struck Scandal! 's Simo and Grace. External relationship complications and a "less than ideal" age gap have left viewers in shock and rooting for the end of their controversial union.

Nandi and Khulekani are another couple that has decided that October is a month of love revival. They have chosen to re-affirm their love for each by renewing their vows, following a string of family misfortunes and mutual infidelity, which almost led them to divorce.

Catch the two weddings and all the tension that ensues on your favourite local drama destination e.tv, on Rhythm City and Scandal! from 13th-15th of October from 7:00PM to 8:00PM on e.tv.

More in this category: « Tribute to the Legends, Urban Clash bands and more at Arts Alive Virtual Festival 2020. Spotify unlocks the global sound of Mzansi - AmaPiano through the lens of the industry. »
back to top