Spotify unlocks the global sound of Mzansi - AmaPiano through the lens of the industry. 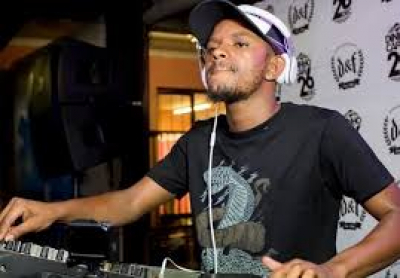 Amapiano undoubtedly continues to be one of Africa’s most prolific genres. Rooted in the Kwaito era the genre is seeing exciting cross-regional and diaspora experiments and collaborations, which have sprung up from Lagos, Accra, Johannesburg, London and New York signalling this genre is far from over. Rather it seems to be on the cusp of even more diverse and exciting global expressions in the future.

The rise of the genre is evident, with Amapiano hit makers Kabza De Small and DJ Maphorisa taking the top spots as the Most Streamed Artists in South Africa on Spotify in 2019. Amapiano was also the most streamed local genre on Spotify in South Africa, with a phenomenal 145% increase in global streams in the first half of 2020 to the previous year.

Where it all started

Legendary musician, composer and co-founder of Kalawa Jazme, Don Laka, kicked off the session by emphasizing that Amapiano is not a departure from Kwaito, but rather forms another branch of it. While Kwaito was born to ring in a new culture for the youth of the (then) new democracy,  Amapiano has done the same for its generation, giving today’s youth a voice and a sense of belonging that subsequently formed into one of the biggest music communities in South Africa.

Amapiano started to dominate the streets from as early as 2016 and has been claimed by several different players in the industry from various townships across South Africa.  While it’s challenging to pinpoint exactly when the sound began to dominate local dance floors, according to Setumo the pivotal moment came when Amapiano received radio airtime.  Nowadays with audio streaming platforms like Spotify amplifying the genre from the township streets where it began to a global audience, the reach is endless.

The Rise of the genre

Setumo-Thebe Mohlomi, who has been at the forefront of documenting the genre by immersing himself in its culture, supports the belief that Amapiano is not just a genre but a movement.  A common misconception is that Amapiano took off overnight, however East Rand based musical duo Mfr Souls are testament to the hard work that happened behind the scenes to launch and position the genre to where it is today and the ongoing work to grow it even further. Reminiscing on how they got started back in 2013 demonstrates in part the evolution of the genre – from layering Kwaito tracks with an instrumental sound including piano solos to now featuring more vocals.

Enhanced storytelling with an introduction of vocals

According to 'Ke Star'  hit maker Focalistic the introduction of vocals extended the narrative journey for listeners around what he was experiencing when the track was made.   Semi Tee agrees that lyrics are a way to showcase the culture through storytelling. Referring to his popular yet controversial track ‘Labantwana AmaUber’, he explained how the lyrics were meant to tell a story that there is more to life for township youth.  Setumo summed up the idea perfectly by adding that  Amapiano represents real-life elements that form part of the youth’s lives - the socio-economic climate of the country and high unemployment rate that has caused the youth to look for an escape and outlet from their day-to-day existence and ‘’Amapiano is it.”

From South Africa to the World

The growth of audio streaming has also been pivotal to the expansion of the genre. Phiona Okumu, Spotify’s Artist and Label Partnerships Manager, examined how through the power of data, Spotify was able to identify a demand for the tracks that were already popular on the streets but were not yet available for streaming. In response Spotify curated its flagship Amapiano playlist titled 'Amapiano Grooves' – providing a space for artists and producers to connect and drive the genre on a global platform. AmaPiano Grooves was not only the most streamed playlist in South Africa by June 2020, but it transcended borders and was also popular with audiences in the UK and the US amongst others, with Njelic’s hit 'Shesha' featuring on the tracklist for the British comedy-drama series, I May Destroy You.

British-Ghanian producer Juls, who was first introduced to Amapiano when he heard  ‘Love You Tonight’ by Mfr Souls, believes that the reason Amapiano has been able to garner international attention is because of the familiarity of the sound – the drums, percussion and house music to which music lovers gravitate towards.  ‘’The sounds of house music from across the world can be traced back to Africa this can also be a reason why sound has crossed over and been adopted so freely.’’

There was a time when South African and African music in general was enjoyed almost in isolation. Now with access to a global stage, the influences of Afrobeats and genres such as Amapiano are taking Africa to the world while also creating a space for African artists to influence and be influenced by one another.

As the Amapiano genre continues to reach different parts of the world it will need to be supported, as more of a Glocal movement with different collaborations and influences continuing to shape and broaden the genre. Phiona concluded by sharing Spotify’s vision for continued support of African artists and helping to grow Africa-centric sounds to its global audience of over 299 million active users.

“We believe in being a true partner to artists. We support artists, amplify their story and connect them to their fans across the globe. This is just the beginning, when we launched Amapiano Grooves last year, we visited the artists and producers who were immersed in the culture to showcase how Spotify could support them. We believe in staying close to the community and maintaining our drive to educate them on how the platform can help them connect and broaden their audience base, driving discovery and collaboration down the line.’’

More in this category: « Rhythm City and Scandal! Two weddings and a destination. State Theatre reopens doors. »
back to top