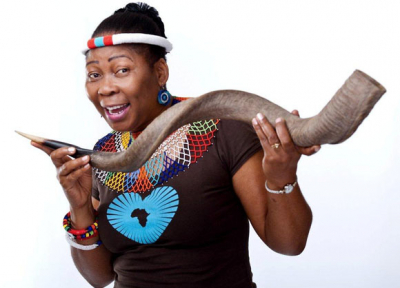 The annual Nozincwadi Storytelling Festival which is a flagship event of Dr Gcina Mhlophe internationally respected story-teller, activist, poet, playwright and director amongst her many talents will be held in two cities this year, in Pietermaritzburg and Durban.

Currently in its 12th year, the Nozincwadi Storytelling Festival hosted by Gcinamasiko Arts and Heritage Trust has touched so many communities as performers and schools have travelled from as far afield as oPongolo in the Northern KZN to Kokstad, Eastern Cape. The festival has also seen performers travel from Northern Cape, Limpopo, Gauteng as well as over the seas from USA and the UK.

"It continues to be like a central fireplace for seasoned storytellers and also those just beginning to find their voice," says Dr Gcina Mhlophe, "Music and dance have always found themselves at home at the Nozincwadi Storytelling Festival." She adds.

The festival will kick off with a media launch in Pietermaritzburg at the Bessie Head Library, on the 21st of October. The press launch will be facilitated by Pretty Olifant and will introduce media to Chanting the Bridges: Honouring those who came before us, this year's festival theme. Dr Gcina will share the History of Nozincwadi Festival with media stakeholders followed by performances and a Question and Answer session for Media present at the event. Media personnel are invited to RSVP as space is limited.

The Festival will continue in Durban on the 23rdwith Art in the Park under the Storytelling Tree at the Bluff Showgrounds, Tara Rd, from 10am where display stations will be set up and open to the public to indulge inart & crafts which include fine artists, beadwork, chefs,and  many other delights accompanied byMusic and storytellers with performances from MaBhengu, Balungile Myeza, Zanele Ndlovu, Mpume Mthombeni, Nompucuko Zakaza, Gomolemo Moagi, Philippa Namutebi Kabali Kagwa, Bongiswa Kotta Ramushwana and Dr Gcina Mhlophe.

The National Storytelling Day which was officially inaugurated on the 24th of October 2019, will for the first time be included as part of the Nozincwadi Festival. The day coincides with the founder, Dr GcinaMhlophe's birthday. The day will be marked by morning & evening events. The morning event will kick off at 10:30am opening with drummers and MaBhengu playing indigenous music. At 11am sharp the storytelling will begin and as has happened in 2019, numerous arts groups, schools and libraries across the country will be joining in the magic. Under the Storytelling Tree, storytelling by a number of KZN based storytellers will be followed by Dr GcinaMhlophe; acultural dance group and finally storytelling by Mala Gounden and Zanele Ndlovu.

The festival will conclude with an evening event which will be livestreamed on Gcinamasiko's Facebook page and YouTube channel for the public. The event will take place at the Durban Art Gallery and it is strictly by invitation only. "Seeing that the pandemic hasn't allowed for the physical presence of the international line-up of storytellers this year, Gcinamasiko has made use of the digital space to allow for their presence to be felt." Shares Dr GcinaMhlophe.

The event will include the screening of the international performers film as well as live performances by local performers and musicians including: Gcina Mhlophe, Bongiswa Kotta Ramushwana, Nompucuko Zakaza, Gomolemo Moagi, and Madala Kunene

Updates on the specific events can be found on the Gcinamasiko Arts & Heritage Trust social media pages as well as view the international storyteller's film and follow the live stream of the National Storytelling Day live performances from 19H30. The Durban leg of the festival has been made possible through the support of eThekwini Municipal Libraries, Video Vision Entertainment and the Department of Arts and Culture.

More in this category: « Made in South Africa - A Black Woman's Stories of Rage, Resistance and Progress by Lwando Xaso. From ‘Alex Rider’ to ‘Condor’: Non-stop action on Showmax this month. »
back to top