From ‘Alex Rider’ to ‘Condor’: Non-stop action on Showmax this month. 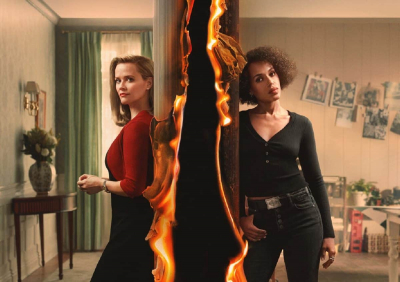 When Alex Rider learns that his Uncle Ian was killed in the line of duty as a British spy – and not a car accident like he's been told – everything changes for this otherwise normal teen.

Alex is approached by Alan Blunt, head of a top-secret offshoot of MI6 known as The Department, who reveals that he's been unknowingly trained since childhood for the dangerous world of espionage. Pressured to leave his old life behind, Alex goes undercover to investigate the connection between the deaths of two billionaires and a remote boarding school called Point Blanc, aided by his classmate Kyra, best friend Tom, and his au pair Jack.

Rated 13VL, the eight-part series is based on the best-selling Alex Rider books by Anthony Horowitz, which have sold over 19 million copies in 33 languages.

Alex Rider has an 82% critics' score on Rotten Tomatoes, with Daily Telegraph hailing it as "a junior version of the Bourne franchise... that can also keep adults entertained."

Based on the James Grady novel Six Days of the Condor and the 1975 film adaptation Three Days of the Condor, Condor follows young CIA analyst Joe Turner, who is drawn into a deadly terrorist plot that threatens the lives of millions.

Condor has an 86% critics rating on Rotten Tomatoes, which praises its "slick concept and propulsive pacing", while Washington Post described it as "quite the little pulse-pounder - the sort of thing 24 fans can eat with a spoon."

World-class thief Daisy 'Jett' Kowalski (Teen Choice nominee Carla Gugino from The Haunting of Hill House) is just out of prison and already being forced back into what got her there by a group of eccentric and dangerous criminals.

Jett has a 94% critics rating on Rotten Tomatoes, where the consensus says, "Carla Gugino shines in Jett, a stylish - if overtly violent - noir that benefits from its willingness to crank its genre set-pieces up to eleven."

The most beautiful (and brutal) action on TV may be in the last place you'd expect to find it: animation.

From Genndy Tartakovsky (Samurai Jack, Hotel Transylvania), Adult Swim's Primal follows a caveman at the dawn of evolution and a dinosaur on the brink of extinction. The two creatures, one on the way out and one on the way in, become each other's only hope of survival in a treacherous world.

Primal recently won three Outstanding Achievement In Animation Awards at the 2020 Emmys, for storyboard artist Genndy Tartakovsky, art director Scott Wills, and character designer Stephen DeStefano. Primal has an 8.7/10 score on IMDb and a 100% critics' score on Rotten Tomatoes, where the critics' consensus is, "Epic in every sense, Genndy Tartakovsky's Primal is a stunning feat of visual storytelling."