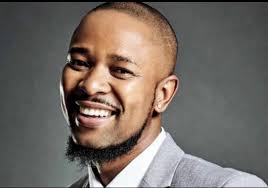 The Queen has decided to stop working with Sthembiso "SK" Khoza and producers will ‘crop him out’ of further scenes.

According to Connie Ferguson, who is an executive producer on the Queen said, ‘There is a lot happening in the story that we are not at liberty to discuss now.’

She said"We can confirm that he's exiting The Queen. As Mzansi Magic we wish him well on his journey".

SK's sacking from The Queen was based on various claims, including his dramatic personal life and diva tendencies on set, that proved to be a problem to those working with him.

Various sources who spoke to Sunday Sun, said there were also allegations of unprofessionalism that were leveled against him.

Tweet
More in this category: « Jessica Nkosi allegedly have been cheated on by her baby daddy, Ntokozo "Tk" Dlamini. Heritage Day Braai Recipes. »
back to top