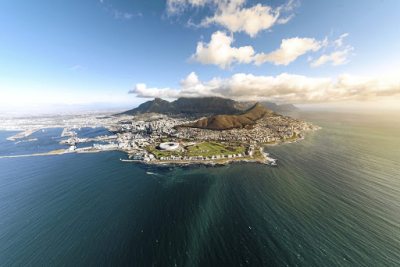 The City of Cape Town has cancelled the annual Festive Lights Switch-on event for 2020.

“In light of the COVID-19 pandemic and the extension of the National Disaster Management Act restrictions on the number of people allowed at public gatherings, it was important to pause the event for the safety of all those who would be involved in the concert,” the City said in a statement on Sunday.

Additionally, it was important for the City to take into consideration the need for austerity, given the adverse impact the pandemic and subsequent lockdown has had on the economy.

“The Festive Lights Switch-on is the City’s signature event, which has helped usher in the joyous season for five decades while also providing entertainment for locals and tourists. We understand the disappointment that could arise from such a decision, however there is a silver lining,” the City said.

The City is considering hosting several smaller events as part of the Cape Town CBD revitalisation programme, the first of which is set to take place at the Greenmarket Square this week.

“These events will be organised in line with the national lockdown restrictions and with the health and safety protocols in place.  We are also in discussion with various event organisers to bring their events to the CBD.

“As the City of Cape Town, we believe events will be central in revitalising the economy going forward.”

According to the City, over the years, events have been a major catalyst in the growth of auxiliary sectors like hospitality, retail and tourism.

It said that in the last seven months, the events industry has seen a downturn and job losses due to regulations.

“As the City we have to assist in arresting this decline by supporting event organisers as much as we can to ensure that the sector remains afloat. This is critical for thousands of people who rely on this industry to feed their families,” the City said.

The City will communicate with the public on the date and venues for the upcoming events.

More in this category: « From ‘Alex Rider’ to ‘Condor’: Non-stop action on Showmax this month. DStv Media Sales supports Loeries Creative Week 2020. »
back to top