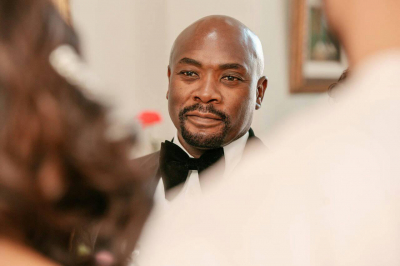 He shot his last scene on Wednesday after being on the telenovela for eight years.

The cast members showered their now former co-star with gifts and well-wishes for his future endeavours.

Producer Desiree Markgraaff handed Siyabonga a bouquet of roses and a tailor-made blazer to honour him for giving them eight years of stellar acting. She thanked him for being a good storyteller through his acting which helped make the telenovela a huge success.

"Eight years ... Amazing and beautiful storytelling. What a character. Thank you for bringing so much dignity and depth, and so many beautiful scenes,"she said.

"We’ve had some challenges, but it was nothing personal, we were both trying to fix it and make it better. So, thank you, I hope our paths cross again."

Cast as Msizi Zulu, he has been in cunning pursuit of the CEO position at Legacy Investments and L24 News.

More in this category: « Predator Politics: Mabuza,Fred Daniel and the Great Land Scam. Melo's Kingdom - Storytime adventures in the African Bush by Thuli Madonsela. »
back to top