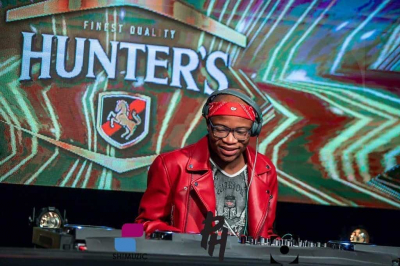 Master KG thanked his fans in South Africa and across the world for their continued support after his song with Nomcebo received the 'Best African Act' award at the MTV European Music Awards.

Due to COVID-19 regulations, Master KG thanked his fans on social media with a heartwarming video.

Shout out to South Africa's very own @MasterKGsa for bringing a win home! #MTVEMA pic.twitter.com/3hirCAYNN1

During the global pandemic, the song, which is accompanied by unique dance moves, has taken over the world and it is loved by millions.

'Jerusalema' is currently topping the charts, hitting the number one spot in 10 countries, including South Africa, France, Romania, Portugal, and Italy.

"We are exceptionally proud of Master KG, who took home top honours to win the coveted Best African Act Award at the MTV EMAs," the Minister said.

"Not only is this a win for South Africa; it is a win for Africa at large. Your patriotism shall go down the annals of history as you continue to place our rainbow nation on the international map. Continue to pick up the fallen spears of your predecessors in representing our motherland in such a unifying and unprecedented manner," the Minister said.

More in this category: « 11 African Highlights to Stream on Showmax. Joburg Festival of Lights;the World to a New Normal in Social Distancing. »
back to top