Highlights From The Recent AMPD Masterclass With Kwesta. 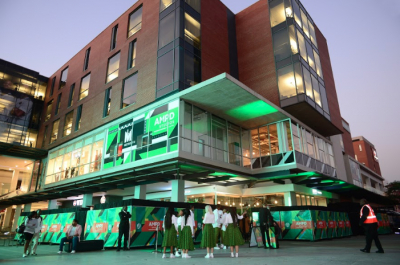 There are two parts to being a good saver. The first part is being a practical conscience spender; the second about being focused on your long-term goals, says Old Mutual. At first glance, saying that being a good saver depends on being an effective spender may not make much sense. Still, the two actions are tied together and apply to everyday outlays as well as paying out money on what may look like being good ways of making additional money, says John Manyike, Head of Financial Education at Old Mutual.

"Being a sensible spender means budgeting, knowing how much money comes in, where the money goes and what you are getting in return. You must understand your strengths and weaknesses and know when to turn away from something that may have a personal appeal to you."

These points are made in the latest Old Mutual sponsored AMPD Masterclass series in which entertainment personalities discuss their careers, dealings with money and the lessons they have learned. In the newest Masterclass, released on YouTube on November 18, it is rapper and songwriter, Kwesta who says that the only way to have money is to keep money.

"I have tried investing many times and have failed many times. I have put money on things and lost it and even needed to spend more money to get out of things that I have spent money on."

"I now know my weaknesses. I know that it is better for me to have someone I trust helping to grow my money and invest it. You need people who can do that, and I am just not that person," says Kwesta.

"Kwesta’s views stress that the saying that ‘it’s no use throwing good money after bad’ is something to take to heart. It doesn’t make sense to spend more money to try and improve a losing position or get out of a bad investment,"says Manyike.

"When spending to make a profit, never follow your gut feel. It is best to slow down, do some research and then get expert input before putting hard-earned cash in a project. Friendship should also never be a deciding factor when investing."

Other points made in the Masterclass are:

"Budgeting for a holiday makes for happy times," says Manyike, who suggested that:

"Spending more than you should on holiday could mean not having enough money to pay bills at the end of January and paying for normal expenses could then become challenging for the rest of the year. It is better to cut back on spending and take a cheaper holiday so that a new year does not begin with you looking for a loan so you can make ends meet," says Manyike.

"Being a responsible and intelligent spender should also be part of making New Year Resolutions. If you prioritize needs than wants during the year, you will find that money is available for that year-end holiday."

More in this category: « Livestream:Memorial service for late kwaito star Mshoza. A Concert for Refugees 2020 Lebo Mashile, Wendy Oldfield, Yvonne Chaka Chaka amongst a stellar line up. »
back to top