A Concert for Refugees 2020 Lebo Mashile, Wendy Oldfield, Yvonne Chaka Chaka amongst a stellar line up. 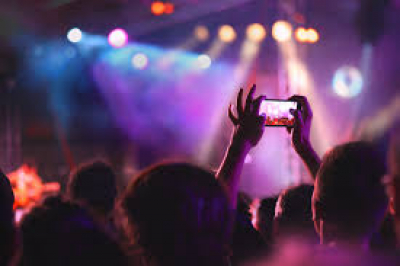 A stellar array of iconic South African artists is giving voice to the global refugee crisis with a second part of award-winning Concert for Refugees to be held virtually on December 10th, 2020 at 19h30 (SAST).

As an effort to create awareness about the challenges of the refugees and other forcibly displaced people, through inspiring people by the music and other forms of arts, Turquoise Harmony Institute (THI) hosted a concert for refugees in Johannesburg on June 21st, 2019 a day after World Refugee Day, at Linder Auditorium. THI does feel grateful for the South Africans' approach to this issue and uniting toward the same goal. The event set a new precedent for social justice workers around the world and the Turquoise Harmony Institute was awarded Pioneers in SDGs Project Stakeholders Award at UNGA Conference in New York in 2019.

The above results were very motivating and it was decided to do it again in December 2020. The virtual concert will be held to mark the World Human Rights Day on December 10th which each year is celebrated to honour the United Nations General Assembly's adoption and proclamation, on 10 December 1948, of the Universal Declaration of Human Rights (UDHR).This year, World Human Rights Day also marks a key moment for the public to show support for families forced to flee – and the upcoming virtual concert provides an excellent opportunity for South Africans and people of the world to stand with refugees and other forcibly displaced people. All profits from the event will go directly to providing service and support to refugees and other forcibly displaced people in South Africa.

Already confirmed for this unmissable event are Yvonne Chaka Chaka, Wouter Kellerman, Pops Mohamed, Wendy Oldfield, Tresor, Ertugrul Erkisi and BUSKAID with Lebo Mashile adding to the heavyweight line-up. The music programme of Jazz, Afro-pop and Light Classical music will be accompanied by a video presentation that movingly captures the stories of refugees, with a particular focus on women and children.

"We are honoured to have such incredible musicians taking part in the concert and are calling on South Africans to enjoy a very special evening of music that's devoted to one of the most urgent crises facing the world today," says Ayhan Cetin, Executive Director of the Turquoise Harmony Institute (THI).

"We are gratified that so many organizations and artists have answered the call to highlight the plight of refugees," adds Cetin. "This is chance for the public to show that they stand with forcibly displaced people – globally and here in South Africa."

A recent report published by the United Nations High Commissioner for Refugees (UNHCR) revealed that an unprecedented 79.5 million people around the world have been forced from their homes. Among these, an estimated 30 – 34 million (38-43%) are children below 18 years of age. There is also an estimated 4.2 million stateless people who have been denied a nationality and access to basic rights such as education, healthcare, employment and freedom of movement. Nearly one person is forcibly displaced every two seconds as a result of conflict or persecution.

There are 266,700 refugees and asylum seekers in South Africa according to UNHCR and according to unofficial figures it's more than a million. The country is home to the highest number of unresolved asylum cases in the world. The refugees are constantly worried about their daily survival. Issues of subsistence, shelter, protection against crime and eviction, and the ongoing threat of xenophobia, weigh heavily on their minds.

Since its inception in 2006, THI has used the culture of Ubuntu to serve the people of South Africa and the world, propelled by a belief that the future of humanity must be built on a culture of coexistence, dialogue and tolerance. The organization is guided by a vision of enhancing and developing social capital – through building personal relationships and networks in order to achieve mutual understanding. Among its multifaceted activities are The International Festival of Language & Culture and Dialogue & Friendship Dinners, as well as conferences, seminars and art and music-led initiatives.

"We assure music lovers of an extraordinary experience that will remain in their memories for many years to come as well as a deeper understanding of the situation and difficulties suffered by refugees," concludes Cetin.

To be part of this night of music and compassion, you can simply register at the below link.

More in this category: « Highlights From The Recent AMPD Masterclass With Kwesta. Muvhango actress Vho-Masindi graduates with PhD. »
back to top