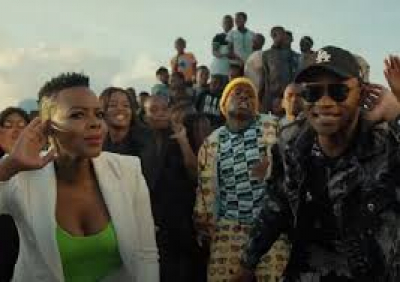 South African musician Master KG won an award for the best international song at the NRJ Music Awards, which honours the best in the French and worldwide music industry.

"We won a big one in France last night, Best International Song of the Year at the NRJ music awards. I keep watching these nominees again and again because I can’t believe it! Big thanks to everyone for making this win possible," an excited Master KG tweeted.

Master KG was also nominated for International Breakthrough of the Year but lost out to American musician Doja Cat.

"Jerusalema" was initially released on 29 November 2019, the upbeat gospel-influenced house song garnered positive response online and was accompanied with a music video on 21 December. It was later included on Master KG’s second album of the same title, released in January 2020.

In August, the infectious song reached over 100 million views on Youtube, and it recently reached the number one spot on Top 200 France charts.

He also won the title of  Best African Act at the MTV European Music Awards (EMAs) in November.