The originators returns for a second season in 2021. 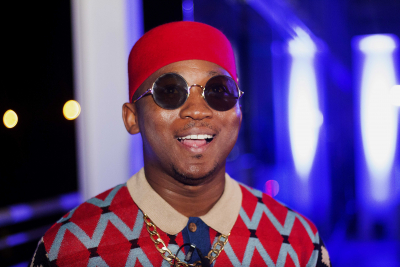 Hosted by hip hop superstar Khuli Chana 'The Originators' an eight part series got a resounding positive nod from viewers and will return for a second season in 2021. Profiling hip hop royalty like Kwesta, Nadia Nakai, PH and A-Reece, the programme gave audiences a closer, more intimate look into the lives of their favourite musicians.

Having to adapt to a dramatic global change in mindset across all industries this year, Trace made the fearless move as a music channel to not only step outside the norm to cement gender equality to their programming, but also deliberately set out to empower artists to stand up & shine, with new local shows such as - The Originators, All Black Sessions, and House of Trace.

TRACE original content like 'HOUSE OF TRACE' offered viewers the closest thing to 'LIVE' entertainment, from the safety of their homes, during lockdown from the global pandemic.  The fiery 18-episode series ALL BLACK SESSIONS showcased an array of known and upcoming South African DJ's, across various genres. With the large increase in various show formats to the off-the-cuff programming solutions, Trace switched up the content grids across all their channels: Trace Urban, Trace Gospel and Trace Africa.

With the grid upgrade, TRACE URBAN today confirmed a total of 21 new shows including TOP 10 GQOM, R&B VIBEZ, REWIND and FEMME HOUR. New inclusion to the channel's grid is BTB, an exciting show which will profile and showcase the best 'Newbies' on the music scene. A selection of dope revamped Countdown shows is another fresh addition to the channel's offering.

TRACE GOSPEL will double its local content programming with a total of 15 shows including popular listings PRAISE VIBES, SOUNDS OF SOUTH AFRICA, STAR UP and BEST AFRICA 10. With the success of TRACE GOSPEL came a competition to win a music video production sponsored by TRACE as an initiative to boost the career of an up and coming artist. The official winner RAJEY's music video for song Tendre Ami, premiered 2 December 2020.

"With the entertainment industry being so badly affected this year, the Trace team focused on positive change for the audience and local talent alike,with our on-going commitment to ensure artist empowerment on the continent, inclusion and equality for all.. This year not only set into motion so many new and innovative ideas that were initiated onto the channel, but also propelled us in the right direction for years to come" shared Trace's Managing Director – Southern Africa & Regional Director Anglophone Africa Valentine Gaudin-Muteba.

More in this category: « Top brewers and bartenders wow with indigenous ingredients in drinks this festive season. Durban FilmMart Institute – 2021 Project Submissions Call Out. »
back to top