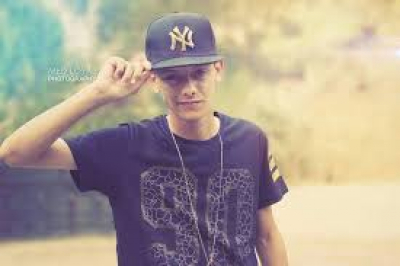 With the tremendous success of his latest release, 'El Keya', which received over one million views in a matter of weeks. Algerian artist Rooofa, drops 'Madrassa' his last track of 2020.

"Life is a school" says Rooofa. This track is a reminder that success does indeed come from life lessons. Rooofa elaborates, "Essentially, the tough times you go through are meant to be, as they build you up to your destiny."

The track's empowering message is structured through a pop melody and a reggaeton beat. Rooofa oozes his lyrics smoothly with fast rap verses and a catchy chorus.

The artist's too-cool-for-school look is softened with an intriguing music video. The cast features young talented children in a traditional classroom and Rooofa as their teacher, dressed appropriately for the occasion. The storyline goes on to show us a stranger who breaks into a school to teach kids a life lesson that they would most likely not get through their curriculum.

Rooofa shows listeners his determination to use lyrics and music to express more than what he is prepared to give. "For me 'Madrassa' is a key to open a locked door. When you listen to the track, you're delivered with a key that opens a new world to you."

'Madrassa' is available now on all platforms and the music video is now live on YouMusic Arabia.

Born in the Algerian desert in the town of a thousand domes, Rooofa's first taste of rapping came from emulating Eminem’s Slim Shady LP with a sock wrapped around a PC headset microphone.

In 2013, he launched his YouTube channel and published his first self-produced video entitled ‘Ahchem’. In 2017 he featured the release of his first solo album ‘Ma Amnounech’ - recorded in his 3m2 home in Birkhadem. Constantly lacking the freedom of expression, Rooofa fled to Doha in 2017, where he now continues to work on his poetry and music.

Rooofa has opened for international acts such as L’Algérino, Rim’k, Kenzah Farah and Kayen Samet. The artist has a long list of collaborations which has grown his popularity tremendously within the region.

More in this category: « Prince Kaybee features on Barack Obama's playlist. Michael Jackson's Neverland ranch sold to US billionaire. »
back to top