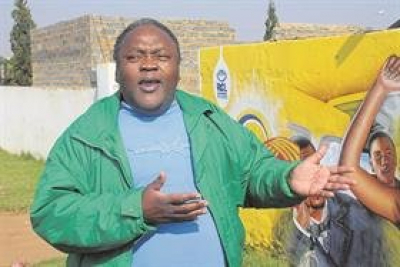 Legendary actor Babsy Selela – who played uMnu Dhlomo in the popular 1990s comedy series, Sgudi'Snaysi – has died at the age of 56.

A small cameo role on the TV1 miniseries Shaka Zulu in 1986 spurred Selela on to pursue a career in acting. Roles followed on series like Ba Ha Hlalele and the drama series Ifa Lakwa Mthethwa.

He guest starred in the fourth season of the sitcom Going Up and the sixth season of Sgudi 'Snaysi, both of which starred Joe Mafela. In 1997 he had a recurring role on Muvhango, which at the time was a weekly drama series. He also had a supporting role in the hostel sitcom Emzini Wezinsizwa.

Other television series he has acted in include Home Affairs, Ses'Top La and Thandeka’s Diary on SABC1; the SABC2 sitcom Skwizas; the e.tv drama series eKasi: Our Stories, Z’bondiwe and Umlilo; and the drama series Saints and Sinners and the telenovela Ring of Lies on Mzansi Magic.

In 2012 he appeared in the film Class of Hell, co-created and directed by his longtime friend, the late Nyembezi Kunene. Previous films he acted in include Senyaka (The Real Moruti) in 2010 and Soweto Green: This Is a 'Tree' Story in 1995.

His death was confirmed by his nephew Zola.

Apollo Sandamela additionally posted and said the entertainer was his closest companion. He additionally uncovered when he passed on.

"Yoo my heart is broken my closest companion Babsy the jokester Selela is not any more passed on Tuesday night," he composed.

He was generally referred to for his job as Malume Zulu on SABC 1’s satire, Thandeka’s Diary.

More in this category: « Michael Jackson's Neverland ranch sold to US billionaire. The V&A Waterfront Shines a Light on the City of Cape Town in a Tribute of Light and Hope. »
back to top