Khuzani scoops UKhozi’s song of the year amid outcry. 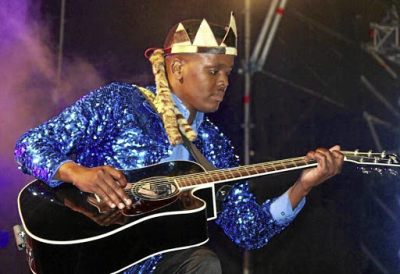 A Maskandi artist has yet again caused an upset and walked away with the top honours in Ukhozi FM’s song of the year contest.

Khuzani Mpungose scooped the top spot with almost one million votes cast for his song 'ijele'. Listeners had to choose from 10 songs to be voted for and ranked from least to most votes.

The songs were played between 11pm and midnight over New Year’s eve.

Although hip-hop artist Big Zulu’s song 'iMali eningi' made major waves on social media and YouTube, what was thought to be a stiff competition between the two artists turned out to be far from it as Big Zulu only managed to get over 200,000 votes, putting him in the third spot.

The production company has been ordered to pay the legal costs of the SABC on an attorney and clients scale, including costs of counsel.

The court order follows an urgent application brought by Owen Ndlovu of Michael Owen Productions to interdict the public broadcaster from airing promotions and announcing the winner or results or poll promotions relating to Ukhozi FM’s 'Ingoma Ehlukanisa Unyaka or New Year’s Eve Song of the Year Competition.

Some of the songs featured on this year’s list include among other  Kelly Kumalo’s Empini, Azana’s Your Love, Big Zulu’s Mali Eningi, DJ Hlo’s Festive.