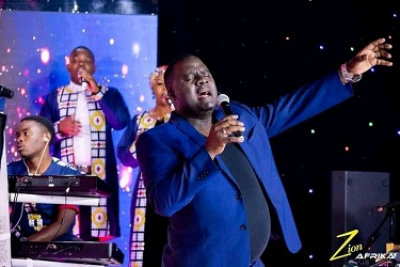 Award-winning gospel music star Israel Mosehla has died at the age of 50.

Born in Soweto, Mosehla came from a family of worshippers, his mother and father were both preachers and musicians.

The family released three albums in the 1980's and as part of the group 'G-Effect' Mosehla had the opportunity to tour the US, Brazil, and the UK in the early 2000's.

He later branched out on his own as a solo artist, garnering himself several awards including Best Praise Album for Praise and Worship Encounter with Israel Mosehla at the Crown Gospel Music Awards.

The details surrounding the 'Ke Utlwa Lerato' hitmaker's death are yet to be confirmed.

Mosehla, who is described by fellow gospel artists as a trendsetter,  started his music journey at a young age studying piano and violin in Mofolo, and further went to Funda Arts Center in Diepkloof.  In 1985, Mosehla and his brother Isaiah as well as their two friends Bongani Matsobane and Jabu Nkabinde formed a dynamic gospel group called G-Effect. With G-Effect, Mosehla toured the US, UK, Brazil, New York, Chicago, Ohio, Dallas and London  between 2003 and 2005.

Gospel singer Andile kaMajola said: "Your anointed voice is echoing in the corridors of our hearts. Rest well, brother Israel. We promise to keep the song going from where you left off."

Khulekani Chili decribed Mosehla as a perfectionist of note who always made sure that his live performances were on point. "He was a dedicated person and spent hours rehearsing because he wanted to deliver something proper. As a brother, he was very helpful, especially to us young artists who were coming in the industry. One of his advices was that we should not rush to be famous. He loved music dearly."

As a solo singer he has released albums such as Worthy of My praise, Crown Him King, Live-Turning Point, God's Sovereignty and Mopholosi Oaka Oaphela.

More in this category: « Safta award-winning actress Lindiwe Ndlovu dies. Kwaito, Amapiano and Gqom to compete as standalone categories at the SAMA's. »
back to top