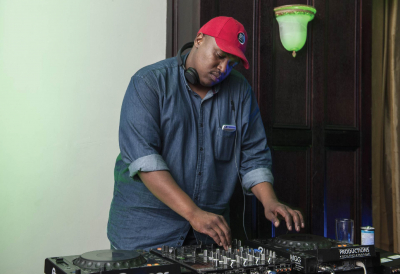 His death was confirmed by local radio station Kaya FM, where he worked as a DJ.

The acting programming manager of the station, Ncebekazi Manzi, said: "It is with great difficulty that we share the news of Mzwandile Nzimande’s passing earlier today, as confirmed by his family.

"DJ 1D, as he was affectionately known, was the pioneering co-founder of the iconic streetwear brand, Loxion Kulca, a storyteller and a highly accomplished figure in the South African music scene.

"His passion for telling South African stories was evident in one of his recent projects — SABC 1’s Evolution of Mzansi Street Culture. He spent a decade behind the decks as Kaya FM’s resident DJ, where many were blessed to experience his friendship and endlessly imaginative musical talent.

"Wandi was a friend and brother to so many staff members. We will miss his genuine interactions with people in the building and the work ethic he brought into every mix. It has been a real honour working with a cultural icon like him."

Those who enjoyed his work, both in the entertainment and fashion industry, have shared their tributes.

Oh Wandi.? Thank you for your selfless contribution to the culture, & blazing such a deep & memorable path. You were definitely everyone's big brother, & we will miss how you made everyone around you feel like they belong, & had earned the rightful place. Go well. #RIPDJ1D ? https://t.co/jg3JIuNIpl

I remember giving Wandi and Sechaba their first interview at Sunday World about their brand Loxion Kulća and we used to go to downtown jozi with the police in a bid to curb counterfeits of their brand,I am sad about this death ? ? #RIPDJ1D pic.twitter.com/lxqBklM20R

Tweet
More in this category: « Kwaito, Amapiano and Gqom to compete as standalone categories at the SAMA's. Old Mutual Sponsorships Adapt To Digital To Stay Connected. »
back to top