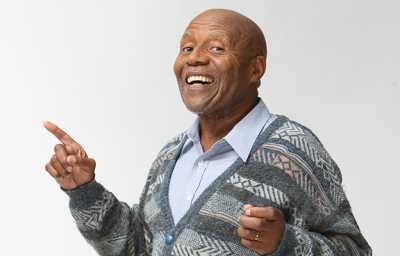 The South African arts industry has suffered another blow following the passing of actor Sam Phillips who died at the age of 72.

The news was confirmed by his agency Gaenor Artiste Management.

It's understood Phillips who graced South African TV screens for decades, died during the early hours of this morning.

The veteran actor played an important role in educating the nation about HIV/Aids as one of the leads in Soul City and other shows like Phamokate. He also featured in numerous programmes including religious ones such as Monna wa Cyrene and Ibali lika Yona.

His acting career began in the theatre space back when he attended Langa High School in Cape Town.

In his twenties, he joined the non-racial People’s Space Theatre in 1974 and starred in the first multi-racial production Lysistrata at the Space.

He moved to Johannesburg in the 80's when he decided to make the switch and join the television industry, starring in various shows on TV channel TV 2.

Among many others, his greatest achievements include being nominated for an Oscar, playing the lead in Senzeni Na? which was nominated for Best Short Story by the American Film Institution (AFI) in 1990.

One of his latest works, was being part of the critically acclaimed Netflix series, Kings Of Joburg. In the hit drama series created by Ferguson Films, Sam played the character of Shona Ferguson's father, who plays the lead role of Simon Masire.

This is another blow to the entertainment industry – just this week the same agency confirmed the passing of South African film and television award-winning actress Lindiwe Ndlovu who died at the age of 45.