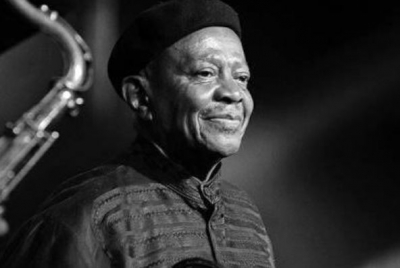 Renowned trombone player, Jonas Gwangwa has died at the age of 83.

Born in Orlando East, Soweto, Gwangwa is most well-known for songs such as Morwa and Kgomo.

He carved an illustrious career for himself alongside the likes of Miriam Makeba and Hugh Masekela, particularly in the 1960s when they all left apartheid South Africa for the US.

According to SA History Online, Gwangwa was mentored by jazz legend Kippie Moeketsi at the start of his music career.

While overseas, he was instrumental in productions such as King Kong and Cry Freedom and attended the Manhattan School of Music.

He returned home in 1991, just after the unbanning of political parties and the release of Nelson Mandela. Here at home, he continued his magical work, producing commercial music and producing the theme song for the then-new soapie Generations.

Gwangwa's song for the movie Cry Freedom was nominated for a Grammy, Bafta and Golden Globe in 1988. He performed the song at the Grammy Awards in the US that same year.

He received the National Order of Ikhamanga from President Cyril Ramaphosa for his exceptional contribution to music and the struggle for freedom in South Africa.

Ramaphosa has paid a special tribute to Gwangwa, saying: "Jonas Gwanga ascends to our great orchestra of musical ancestors whose creative genius & dedication to the freedom of all South Africans inspired millions in our country & mobilised the international community against the apartheid system.

"In our hour of mourning the loss of many precious lives around us, we pray also that the soul of Jonas Gwangwa will rest in peace."