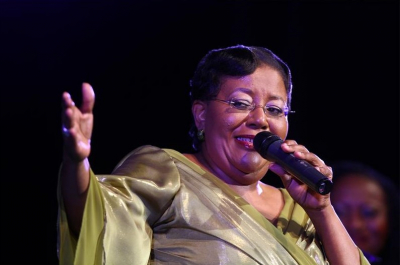 Veteran singer Sibongile Khumalo has passed away at the age of 63.

The songstress died following a stroke.

The internationally revered artist - who was born in Orlando West in Soweto in 1957 - has been lauded as one of the great singing talents of her time, and has inspired the creation of new music by South African composers, both in the classical, opera as well as jazz genres.

Her decades-long singing career touched the hearts of thousands across Mzansi. Her hits such as Mayihlome and Thula Mama became household names, and her songs took her to the top of the radio charts. She was also known for her award-winning opera and concert work.

She performed for distinguished audiences at events such as late president Nelson Mandela's 75th birthday. She led the New Zealand and SA national anthems at the historic 1995 World Cup rugby final.

Among her many accolades, including various awards for her stage performances, the icon holds the Order of Ikhamanga in silver.