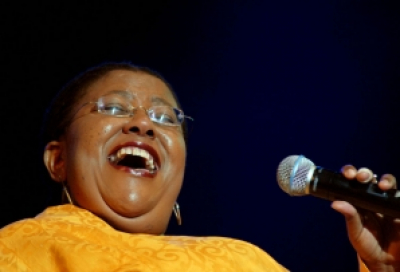 The funeral service for the late Dr Sibongile Khumalo will take place at the Market Theatre on Saturday 6 February.

The proceedings will commence at 8 am.

Due to the current national lockdown restrictions, only family members and close friends will be allowed at the venue.

However, arrangements for a live stream have been made and members of the public are encouraged to join in virtually.

Streaming details are yet to be finalised.

The legendary opera and jazz maestro succumbed to stroke-related complications on January 28. She was 63.

Khumalo was a world-renowned jazz and opera vocalist with a career spanning over 30 years.

Born in Soweto from a musical dynasty, the daughter of Grace and Professor Khabi Mngoma, Khumalo began her musical journey at the tender age of eight.

In 2019 she led a group of young artists in a production called Kwanele, written and directed by award-winning playwright Aubrey Sekhabi.

The production denounced the then xenophobic attacks and gender-based violence in the country, and showcased at the State Theatre’s 2019 Mzansi Fela festival, after returning from the Festival of Cultures at the first Biennale of Luanda-Pan-African Forum for the Culture of Peace in Angola.

Tweet
More in this category: « In Rinél Day’s new music video she lives in a world where men stay at home. Eight Golden Globe nominees to stream now on Showmax. »
back to top