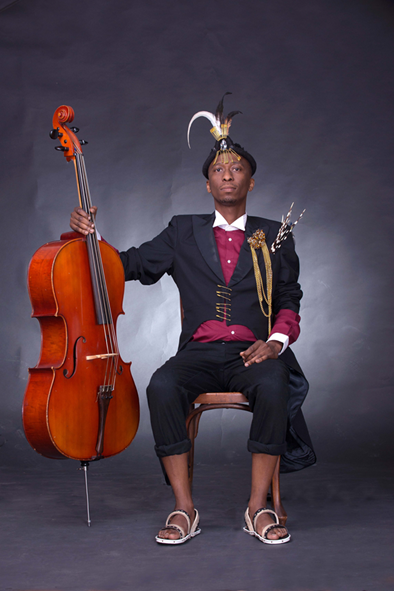 Dr Mhlambi, 35, is the National Research Foundation Postdoctoral Fellow in Innovation at the Archive & Public Culture Research Initiative at the University of Cape Town.  The Kwa-Zulu-Natal born musician is a cultural thinker and musical innovator. His style of music draws from the rich heritage of Africa, while still asserting global standards of quality music-making. Through his music, he explores the iconic cultural legacy of the region, with the likes of Miriam Makeba, Busi Mhlongo, Princess Magago, Ladysmith Black Mambazo, Mazisi Kunene– creatively through new music, combining African and classical elements.

Some of the pieces contained in Dr Mhlambi’s Zulu Song Cycle are a reflection of key historical moments. Such as Tribute to Ntsikana, the great Xhosa poet who lived in the 18th century, as legend has it Ntsikana began to preach a message of Christian conversion to his people before European missions arrived. One of his instructions was that the people must throw away the red clay, the red clay (udaka olubovu) being the paste that people used to smear on their faces, which was considered to be the practice of the ‘uncivilized’ (amaqaba) once missionaries had arrived. Here the cello imitates the sound of ugubhu musical bow, that Princess Magogo would place, while the voice soars above it in a kind of dramatic musical dialogue.

“The Song Cycle is a format widely associated with the German Lieder form, that was pioneered by composers such as Schubert, Weber and Beethoven. Unlike the large-scale works typified in forms such as Opera, the Song Cycle is an intimate one driven a lot by the lyricism of the words sung. Given the fact that Zulu is a tonal language, it makes it a language very suitable for this kind of form, along with its nuanced gesture,” explains Mhlambi.

With the Zulu Song Cycle, which is a compilation of songs keeping with spirit of the region, Dr Mhlambi says he aims to empower communities through his music. He is often seen talking with his audiences while on stage, teaching on African innovative and dramatic forms, while gripping them in mesmeric music textures, of song and declamatory vocal lines. The Zulu Song Cycle has attracted significant interest when it showcased at the Durban Playhouse, Baxter Theatre, Soweto Theatre and now recently at the National Arts Festival.