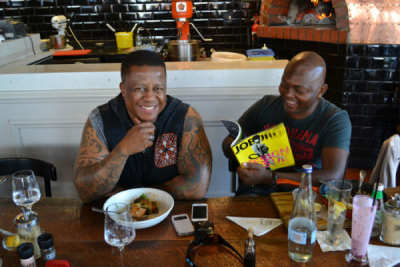 In a statement released on Wednesday, Primedia Broadcasting Interim CEO Geraint Crwys-Williams said the decision to terminate their contracts was "made after careful consideration of the events of the past weeks and was taken in the best interest of the company."

"This decision does not reflect a view on the veracity of any allegations against either Euphonik or Fresh. Rather, it prioritises Primedia Broadcasting’s business imperatives. We believe that this decision is in the best interest of our company and our various stakeholders," Crwys-Williams said.

In a statement released on Twitter on Wednesday, Sikwane and Nkosi said that "after extensive consultation, legal and otherwise", it was in their best interest to resume their public engagements.

"Unfortunately, we can't find common ground with Primedia Broadcasting and agreed [to] a release from the broadcaster with immediate effect".

The two DJs were taken off air in January after a woman opened a case of rape against them. The woman had earlier taken to Twitter, accusing the two of drugging and raping her in 2011.

Gauteng police confirmed that a formal rape case was opened against the two at the Sunnyside police station on January 13 by the women who levelled the allegations against them.

Primedia said they had taken a decision to terminate the duo’s contract in the best interest of their business.

Fresh and Euphonik were employed by Gauteng radio station 947,owned by Primedia Broadcasting.