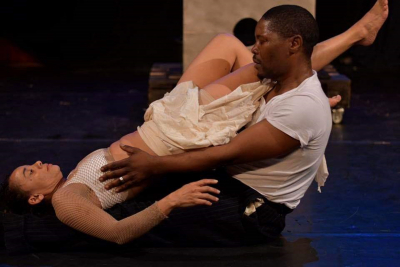 Like many other arts events across the globe last year, the launch of Kucheza Afrika Festival was postponed due to the life threatening COVID-19 pandemic. To comply with the pandemic’s health and safety protocols, this year’s festival will be a hybrid of online and live theatre, with selected shows only streaming online while some showcase for both live and virtual audiences.

Kucheza Afrika Festival is a continuation of SAST’s dance festival which debuted under the name Dance Umbrella Africa in 2019. Inspired by the Swahili word for dance, Kucheza aims to be a platform that will help preserve dance in the country and in Africa and ensure that dancers always have a home at the State Theatre. The festival is SAST’s aspiration to continue serving domestic and continental dance communities, as well as a call to action for Africa to converge as one in its diversity.

Spearheaded by the SAST’s Artistic Director Aubrey Sekhabi, Kucheza is an exciting new leaf for dance at the theatre. “We have intentionally and singularly curated an open programme – a platform to express the dynamism and uninhibited creative expression that Africa is known for,” says Sekhabi. “This dance festival also acknowledges our youth and their acute awareness of the challenges within society and their ability to narrate those stories, with their techniques and their interpretation of contemporary African dance.”

Once again, the SAST as Africa’s largest theatre complex, will be home to dancers and choreographers hailing from all corners of the world to mark an optimistic era for dance in Africa. Kucheza’s programme has been split into two categories. Namely, the Main Programme which profiles experienced choreographers and headlining works, and the Young Artists Programme, a bespoke platform for young dancers who are finding their feet in dance and taking up space in the dance community.

In the main programme, world renowned dancer and choreographer Vincent Mantsoe will take audiences through an abstract journey on loneliness in his new solo-piece called SOLIIDAD, which he says it is a slavish imitation of a great monk who is on a journey he is not intended at reaching its destination. It will show for live audiences on 08 and 09 April. The acclaimed NIJINSKY’S WAR choregraphed by Ignatius van Heerden, winner of 2017 Standard Bank Ovation Award for artistic excellence, will take center stage on 03 and 04 April. The piece raises awareness on mental health through an adaptation of The Diary of Vaslav Nijinsky (1953), who was the greatest ballet dancer of the 20th century to struggled with mental illness. It will also show both on stage and online.

Lulu Mlangeni, who is 2019 Standard Bank Young Artist Award winner, dispels gender stereotypes with a piece titled THE ENCOUNTER on 09 and 10 April, live in theatre and online. The work sees a duet, featuring Mlangeni and Bafikile Sedibe, in a dialog exploring subtleties that undermine the potential for a smooth flow of relationships between genders. Another work highlighting societal ills is SLAVE by seasoned dancer Levern Botha and Port of Expression Dance Company, scheduled to virtually premiere on 09 April at the festival. SLAVE is a research-based work aimed at creating awareness on modern day slavery.

Concentrated on cementing a global position, Kucheza Africa Festival also invites dancers and choreographers from various countries in Africa and beyond its borderlines. Frances’ choreographer and theatre maker Phillippe Baldini will showcase a piece titled VAST. The piece, which is yet to stream from 02 April, follows a story about a young boy from Napal who was kidnapped and abused. Roger Sarr who hails from Senegal, choreographs a self-introspective piece called BEYOND AN APPEARANCE showing online from 03 April.

Like Sarr, Benin’s dancer Serge Amoussou-Guenou is also featured under the Young Artists Programme. The Beninese will do a virtual presentation of a tribute project called ‘ORIGINALLY.’ With it he pays homage to ‘the most powerful king of West Africa during late 19th century,’ the King of Dahomey called Behanzin, who resisted the colonial invasion in his country. ORIGINALLY starts on 07 April. Featured South African artists in the fringe category include Marcia Modise showcasing TEN MINUTES WITH A REFUGGE, Kristi-Leigh Gresse with SULLIED, and a production called WHAT MAKES US by companies Geronimo Theatre Collective & Performance on Pointe, all showing online on SAST YouTube channel.

Dance companies Matchbox Theatre Collective and Performance on Pointe will present the 2019 Standard Bank Silver Ovation Award winner LOST AND FOUND in the theatre on 03 and 04 April. Choreographed by formidable dance scholars Bailey Snyman and Nicola Haskins, the work journeys through many trials of relationships- a sensitive, sensual, and nostalgic reflection of time passing. It speaks to the notion of growing and the way we respond to different times in our lives.

Online viewers can also enjoy work by Louise Coetzer in collaboration with Music Artists Brydon Bolton and Matthijs van Dijk titled MEMORY from 08 April. The piece immerses the viewer in a dreamscape where the tension between reality and remembering collides in an infinite loop.

The festival will draw to an end with Standard Bank Young Artist Award recipient Fana Tshabalala joining forces with Thulani Chauke to reimagine the late Themba Mbuli’s renowned work DARK CELL. While celebrating and commemorating South African History, the piece is also embedded in the past as a mirror of contemporary society and reflection of post-colonial interiorities. The duo performs for LIVE audiences on 09 and 10 April. One the same dates, Naledi Award winning choreographer Mdu Nhlapo will also stage his work titled MAGNIFICENT 7. The work is a mystical tale inspired by Antoine Fuqua depicting a turbulent journey of a group of individuals who are at a helm of an apocalypse. The works will also be streamed on SAST’s YouTube channel online.