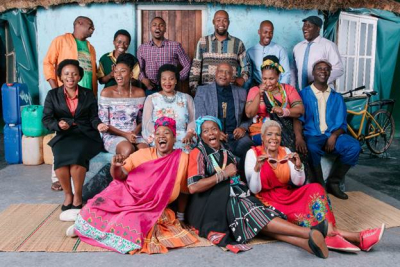 The SABC remains a leading provider of local content. However, the growing demand for more home-grown programming to cater to varying audiences' tastes across South Africa is driving a shift in the SABC's Television programme offering, particularly its soapies. To add to this, as part of its mandate, the SABC has a social responsibility to deliver content of varying genres and languages, to appeal to a diverse audience and reflect the South African society in its entirety.

In discharging its public mandate, the SABC has continuously strived to be a world-class content provider by regularly effecting changes to its programme line-up that offers more choice to audiences. And like its competitors, these changes improve the broadcast offering and ensure that the SABC's television network (SABC 1, SABC 2 and SABC 3) remain relevant in a highly competitive environment.

Recently the public broadcaster came under scrutiny when it announced a decrease in the days that its programmes Muvhango and 7de Laan would be broadcast on SABC 2. A public petition was circulated, in an attempt to prevent the SABC from diversifying its content on SABC 2. What the public failed to understand is that the SABC is legally obligated to comply with various statutes and regulations governing its operations and content provision. In fact, the SABC is one of the few public service broadcasters in the world compelled to serve diverse audiences in relation to language variety while meeting specific local quotas set by the ICASA for its sound and television broadcasting services.

Viewers concerned about losing 7 de Laan can however be comforted to know that the programme will continue to broadcast from Monday-Wednesday at 18h00. In addition, audiences can look forward to the introduction of a new Afrikaans series, 'Die Sentrum' which will commence on the 5th of April 2021, and broadcast on Thursdays and Fridays. 'Die Sentrum' on SABC 2, offers viewer a new Afrikaans drama, which presents different perspectives on modern day issues. The SABC is confident that this new programme will be a drawcard and like 7 de Laan, will keep the channel's loyal viewers entertained for the remainder of the week.

SABC 2 is not the only channel offering a new mouth-watering schedule line-up new year. Viewers can look forward to new programmes across the three television channels, SABC 1, SABC 2 & SABC 3 in the year ahead. Some of the highlights include SABC1’s 'uBettina Wethu' , a local adaptation of the international hit series Ugly Betty. Another anticipated programme is Shayi'round, a travel show that celebrates relationships while traversing the most beautiful sights that South Africa has to offer. Both shows will premiere in April on the channel.

In response to viewer demands, SABC 2 viewers will be excited to see the return of 'Giyani: Land of Blood' later in the year to SABC 2 in a new time slot, with an all-new story that pits their favourite characters against a fiendish new villain, who promises great riches but threatens to turn the world of Giyani on its head. Old grudges will have to be overcome, and enemies will need to become allies, if this dangerous new threat is to be defeated. Season 2 of Giyani will build on everything audiences loved from the first season, whilst introducing new characters, and expanding the storyline to explore even more exciting angles.

SABC 3 will see the introduction of the highly anticipated drama 'The Estate', which will broadcast Monday to Friday at 19:00 from 5 April.  The drama will focus on some of the most topical issues in South African currently: Land and Identity, Corruption, Patronage, Money (old and new), Power, Class and Equality. All will be told through a kaleidoscope of South African stories and the families that fight for their space in the contemporary debates.

The Group Executive for Video Entertainment, Mr. Merlin Naicker stated that “The industry is changing in a way that requires us to constantly be on our toes to deliver content which speaks and resonates to our audiences’ needs. The competitive environment we operate in necessitates that we deliver compelling and cutting-edge content which our audiences can choose from. Essentially, our strategy is focused on providing more local content which will benefit all”.

One of the corporation's key turnaround priorities is a major investment in exciting and original local content that not only makes for good business, but will also consequently boost the local production industry. Therefore, the public broadcaster’s vision is to further enhance its local content offering on its television platforms, while striking a balance of providing international content.

That said, local content is king and the SABC will always reflect South African stories and experiences that entertain and offer the best local programmes. As per its mission, the SABC will continue to work towards "Becoming the leading, credible voice and face of the nation and the continent."

Tweet
More in this category: « State Theatre presents a hybrid Kucheza 2021 programme. Primedia resolute in its decision to fire radio heavyweights DJ Fresh and Euphonik. »
back to top