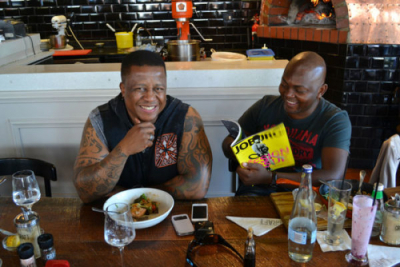 Primedia Broadcasting says it stands by its decision to end its contractual relationship with media heavyweights DJ Fresh and Euphonik.

This follows National Prosecuting Authority (NPA)  that there was insufficient evidence to pursue a criminal case against the two.

Last week, the DJs saw their contracts with Primedia Broadcasting terminated over the rape case.

NPA's Lumpka Mahanjana said: "The matter was indeed presented to the prosecutor. Upon perusal of all the evidence available in the docket, a decision not to prosecute was taken. There are no prospects of successful prosecution on the available evidence because the evidence is insufficient.

The duo released a statement on Monday, once again stating that the allegations were false.

In a joint statement released on Monday evening, the duo said that the rape case was declined for prosecution. "We are pleased to state that after considering all of the evidence collected while investigating the claims made by [sic] against us, the Chief Prosecutor has dismissed the allegations on the basis that the allegations are without merit, "the statement read.

"As we’ve said before, there are false allegations and we are deeply saddened that GBV, a serious crisis in South Africa, was weaponised in this manner. A huge thank you to all of our family, friends, supporters and to our legal team."