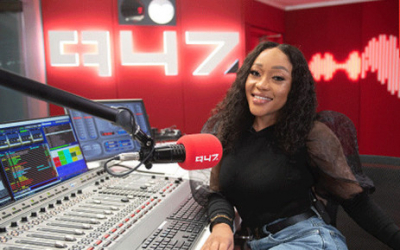 947 has on Monday announced that actress and well-known broadcast personality, Thando Thabethe will be joining the team as the official drivetime host of 947 Drive with Thando, weekdays from 3 pm to 7pm.

She joins the 947 family alongside her energetic and fearless co-host, Alex Caige.

Thabethe’s show will be replacing Fresh On 947 that was hosted by media personality DJ Fresh, real name Thato Sikwane.

Recognised for her savvy approach to her career, 947 said Thabethe embodied the rewards of hard work and determination.

In fact, she has been making waves since cutting her teeth in radio as a student presenter on UJFM.

Thebethe is known for her distinctive style, bringing her own flavour of music and conversation to everything she does.

"Thando has over a decade of experience in the entertainment industry and has proven to be a successful and gifted presenter during her time on various radio stations. She is a young, dynamic and multi-talented woman, whose drive and ambition is a great example for all aspirational South Africans with the courage to reach – and work – for their dreams, "947 station manager Thando Makhunga said.