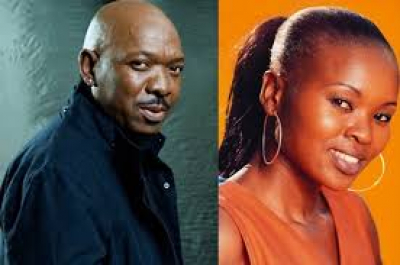 Sport, Arts and Culture Minister Nathi Mthethwa is deeply saddened by the passing of Noxolo Maqashalala (44) and Menzi Ngubane (56).

Ngubane passed away on Saturday at his Ladysmith home in KwaZulu-Natal after he suffered from a stroke in 2020. Magashalala was found dead at her Honeydew home in Johannesburg on Friday.

The sector has been robbed at a time when there is so much tension and stress in the industry due to the economic collapse and already existing challenges within the industry.

"South Africa and the world have lost two phenomenal thespians. Ngubane was an icon, an acting officionado who used his voice and his influence to demystify issues on kidney disease and sugar diabetes, while promoting positive lifestyle changes.

"He was a well-known and well-loved public figure who left an ineffaceable mark on the South African arts landscape," Mthethwa said.

While mourning the loss of Ngubane, the sector was dealt a double blow with the news of the death of Maqashalala, one of South Africa’s greatest actresses.

"Many will remember Maqashalala for her lead role as Viwe in the 2003 SABC1 youth drama series Tsha Tsha.

"She also appeared on Generations, Rhythm City and Intersexions. She was a sterling performer who gave her best at every role that she took on," Mthethwa said.

The Department of Sport, Arts and Culture extends its condolences to the family, friends and fans of these two iconic artists. May their souls rest in peace.

Also the creator of soap opera Generations Mfundi Vundla has on Monday described actor Ngubane as one of the luminaries of his time.

Vundla said the late actor was in a class of his own: "Today, the only two actors who equal his acting stature are John Kani and Vusi Kunene."

The family of Ngubane, known as Sibusiso Dlomo on Generations, and Judas Ngwenya on Mzansi Magic’s Isibaya, is expected to meet later on Monday to finalise funeral arrangements for the actor known for his illustrious TV and film career with over 30 years experience in the industry.

His death has left many shocked, with others paying tribute to him including prominent South Africans, members of Parliament and leaders of political parties.

Meanwhile the death of popular actress Maqashalala has again sparked a conversation around "checking on" those you love, and led to a debate between TV stars Masasa Mbangeni and Zola Hashatsi.

Zola, like many across the country, took to social media to pay tribute to Noxolo and questioned why the star's friends and family did not check up on her.

While many agreed with the star, Masasa suggested that there were more factors that could have been at play.

Former Scandal actress Masasa also shared how she had gone through a period of isolation where she avoided contact because of her anxiety.

"Have you considered that people, due to their own reasons, self isolate. I, for instance, went through a stage, due to anxiety, of not talking to anyone, not taking calls or messages, avoiding visits. It happens. It’s not anyone’s fault. I’m not suggesting that that is the case in the instance, but it happens, and no one is to blame."

Twitter
More in this category: « Grammys 2021: Complete list of winners and nominees. Curtains close permanently on The Fugard due to Covid-19 pandemic. »
back to top