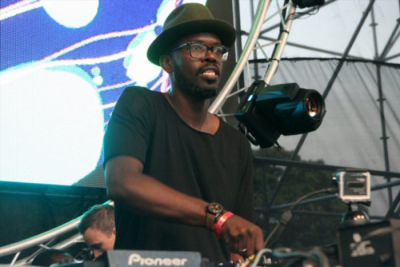 Mlotshwa has accused Black Coffee of allegedly assaulting her at her 33rd birthday dinner at their Sandton home in March.

The alleged incident took place during Mbali’s weekend-long birthday celebration at the former couple’s home, in full view of the guests.

On Monday, the Randburg Magistrate’s Court heard an application for a protection order preventing Black Coffee from entering his former marital home.

Mlotshwa alleged that the "Superman" hitmaker slapped her on the wrist during an altercation.

"It is my duty as a woman to not only fight for myself but for every single woman in South Africa, "said Mlotshwa.

She added: "The time is now. I believe that this is one step closer to achieving justice for the perpetrators who have subjected women in this country to GBV (gender-based violence).

"By saying that, I am reminded about Reeva Steenkamp and all the other women who have and who are still suffering from GBV."

While the judgment in the matter between the former couple has been reserved by the court, Black Coffee hit back at the domestic violence allegations.

In a series of tweets, the international DJ strongly denied the abuse allegations, insisting that he never laid a hand on his estranged wife and mother of his children.

"Divorce is never easy but for us it has been especially painful and I've spent the last 3 years in and out of intense therapy to deal with it privately. Every day I am attacked by relentless lies and falsehoods, "said Black Coffee.

The musician went on to accuse Mlotshwa of "misleading the public".

He wrote: "It is truly regrettable that she has chosen to mislead the public using the name of GBV and seeking a protection order against me to separate me from my children and our home."

In another post, he revealed that he grew up in an abusive environment and he chose to do better as an adult.

Though their divorce is not finalised, the couple parted ways in 2019.