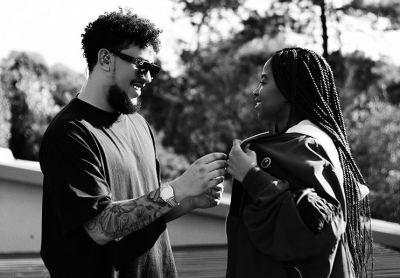 Moses Tembe, a well known KZN businessman, spoke during his daughter’s funeral service on Friday morning at the Durban International Convention Centre, claiming she was neither suicidal nor depressed.

He did, however, warn against the dangers of drugs and alcohol.

He said; "As Anele’s father, I categorically state that Anele was neither suicidal nor did she commit suicide. We must as a matter of priority deal with the scourge that bedevils our youth. Alcohol which is overused and drugs.

"Fellow South Africans we better wake up and smell the coffee, we have a serious problem with substance abuse."

He said he was proud to be Anele's father. "Anele made me happy as a father, very happy. Anele was feisty, strong-willed some might say. She was single-minded in her pursuits, what others would uncritically call stubborn.

"Anele never minced her words, an attribute that would perturb her siblings, which she balanced by giving her absolute best to those around her.

"In my deepest desire that my girl live to be who she wanted to be, I nurtured these Anele traits. For I truly believed that she had needed guidance rather than repression, persuasion rather than brute force."

Reports have suggested that Nelli’s passing may have been suicide, as she apparently fell from the 10th floor of the five-star Pepperclub Hotel in Cape Town.

The incident took place the morning after she had accompanied her rapper fiancé AKA to a performance at the well-known club.

Her naked body was reportedly discovered by a security guard.

Close friends and family gathered at the Durban International Conference Centre on Friday morning to pay their final respects to Nelli.

More in this category: « When the Village Sleeps - the new novel from the legendary Sindiwe Magona. Call for nominations for the 9th Gender Mainstreaming Awards 2021 sponsored by Accenture, Absa and Barloworld. »
back to top