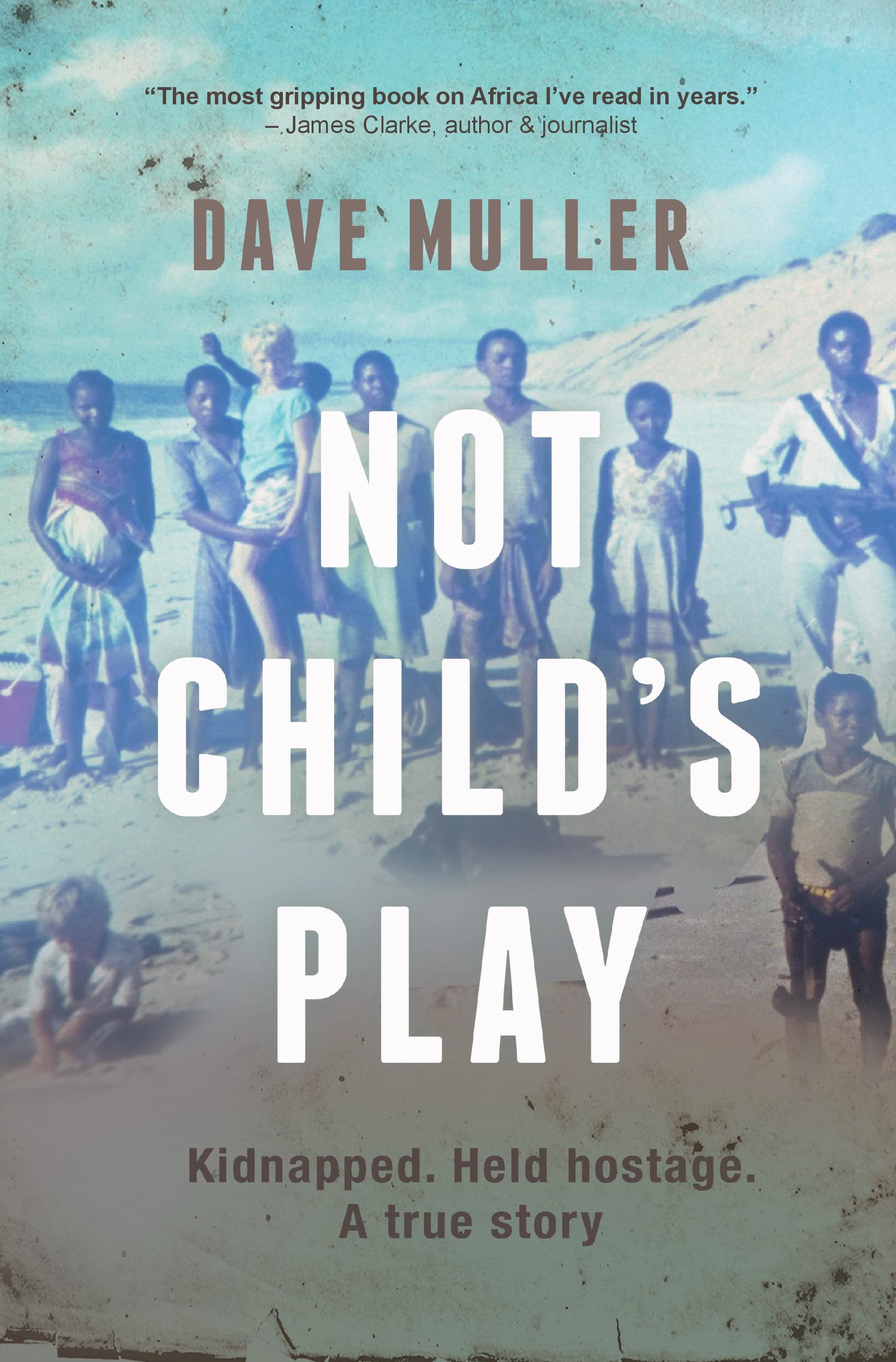 In 1990, Dave Muller sets sail to Mozambique with his wife and two young children, to fulﬁl a boyhood dream of voyaging to the tropics on the yacht he’s spent ten years building. The fantasy holiday comes to a shocking end when the yacht runs aground on a stretch of beach near the Bazaruto Islands. While waiting for high tide, a patrol of ﬁve Renamo child soldiers, armed with AK47s, arrive, along with their two adult captives. The young boys ransack the yacht, taking the terriﬁed Muller family hostage.

‘It looks like we have visitors,’ I cheerfully announce. Sandy and I walk towards the shapes, which morph into two adults and ﬁve children. We’re relieved at the prospect of some help. I’ve conﬁrmed from our chart that we are indeed aground on a spit of land that trails into the sea about 10 kilometres north. The Island of Magaruque, our destination, lies a mere 20 kilometres beyond. I assume the visitors are ﬁshermen from the island. When they’re about 200 metres away, the islanders stop and stand facing us, leaning on walking sticks. This seems oddly reticent behaviour given the warmth we’d experienced in Maputo. We slow our pace, uncertain over their hesitancy.

The ﬁve children, who we can now see are teenage boys, detach themselves from the adults and sidle inland as if to bypass us. The older couple remains on the beach. We continue towards them until understanding comes like a punch in the stomach. The boys aren’t carrying sticks; those are AK47s and they are now crouching down, one knee on the sand, aiming their riﬂes at us. We glance across to the adults and see that they are weighed down by large bundles over their shoulders. From their defeated stature, they are clearly captives.

The enormity – the horriﬁc implication – of the sight before us is overwhelming. We are barefoot, dressed in shorts and T-shirts, exhausted, our children a hundred metres away, utterly defenceless. Reality slowly turns itself inside out; rather like the way I’d seen men in Maputo killing octopuses. My ﬁrst thoughts are that this cannot be happening. The scene before us is generally viewed from the safety of a TV screen.`