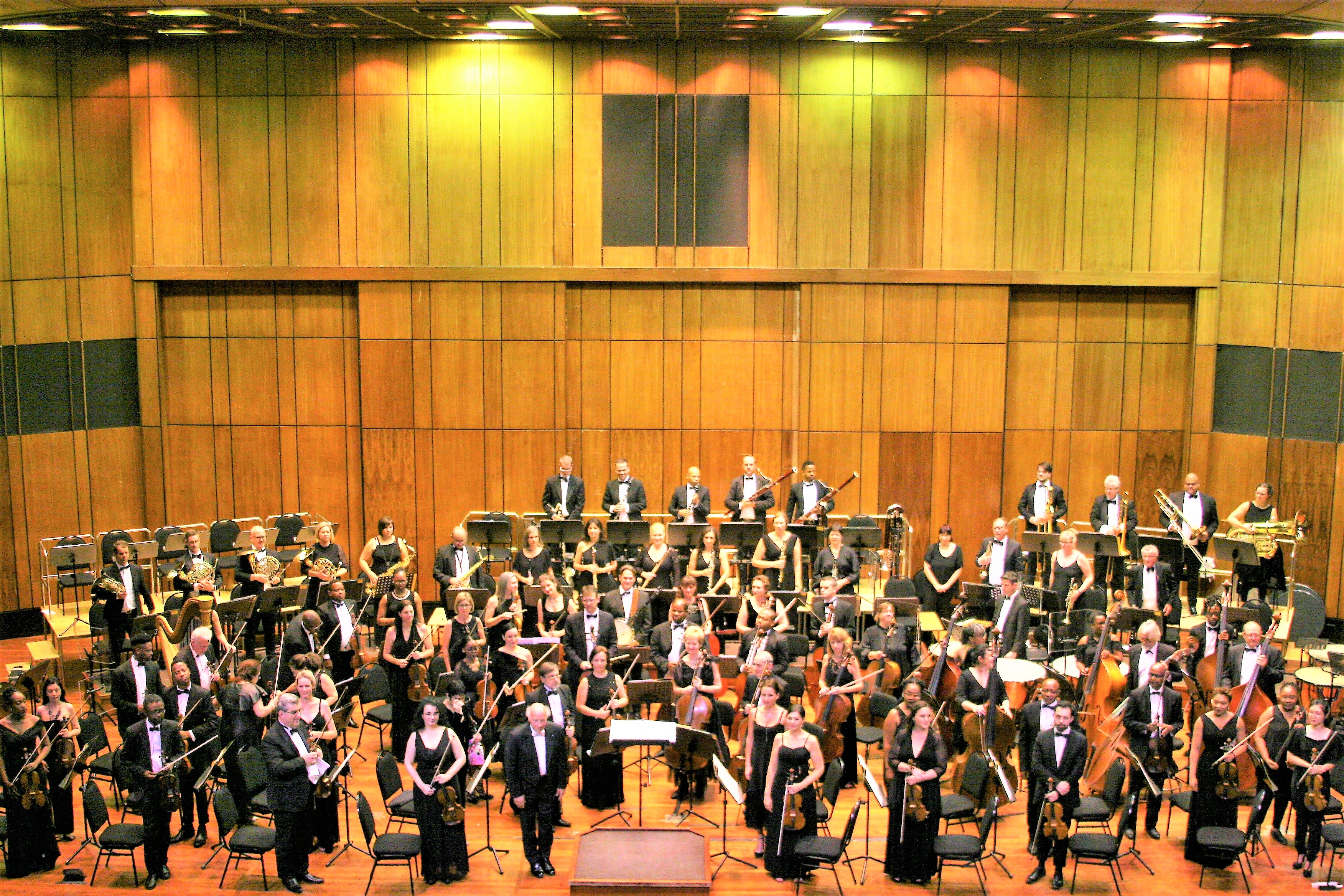 “The action of making and sharing great music is one of the most profound and uplifting experiences known to humanity.  It is the surest way of bringing people of diverse ages and cultural backgrounds together in a spirit of harmony, goodwill and understanding,” offered Chief Executive and Artistic Director of the KwaZulu-Natal Philharmonic Orchestra, Bongani Tembe, for whom this October marks 25 years that he has been helming the musical outfit.

Further expounding on the Early Spring Season Series in which his movement collaborated with The Johannesburg Philharmonic Orchestra (JPO) for an incredible four weeks of performances, he said, “The programme marks our annual collaboration with KwaZulu-Natal Philharmonic, who will swell our ranks for a bumper joint performance with our JPO players.  We look forward to saluting and celebrating our roster of eminent conductors and soloists and sharing many hours of delightful music with our audience.”

Kick-starting at the University of the Witwatersrand’s Linder Auditorium in Parktown betwixt the dates of 23 – 25 October, the concerts, led by acclaimed international conductor, Wolfram Christ (who was one of the leaders of the Berlin Philharmonic Orchestra for 21 years), were attended by the who’s-who of society such as business executive, Nonkululeko Nyembezi, outstanding spotting a blonde cornrow hairdo, and Justice Dikgang Moseneke, among distinguished others.  Moseneke happens to be amongst the board of directors at the helm of the JPO – which was relaunched in August 2017, following on the demise of the National Symphony Orchestra.

At the Linder, music lovers enjoyed performances of almost 100 musicians delivering highlights from Gershwin’s lively Porgy and Bess and Mahler’s titanic Symphony No.1, which is rarely performed in South Africa.  Also on the schedule was distinguished Israeli-American conductor, Daniel Boico, poised to deliver Camille Saint-Saens’ fantastical Danse Macabre.  As was extraordinary pianist, Dimitry Shishikin – scheduled to perform Chopin’s– scheduled to perform Chopin’s Piano Concerto No 1, and Alexander Borondi’s imposing Symphony No 2 in B minor was expected to lend the programme some mood and heft!

From 6 to 7 November, the audience would be treated to American conductor, Roderick Cox’ eclectic line-up of concert staples – starting with Mozart’s colourful The Abduction from the Seraglio Overture.  Antonio Chen Guang will be the soloist performing Prokofiev’s playful Piano Concerto No 3 in C Major.  With the evening anticipated to assume measures of drama and gravitas in the second half with Brahms’ Symphony No 4 in E minor.

Performances by Conrad van Alphen, Gustav Holst and Britain’s Matilda Lloyd (who will be performing Joseph Haydn’s Trumpet Concerto in E-flat major) will bring the season to a close on 15 November.

The Johannesburg Philharmonic Orchestra is a non-profit Section 30 company and a public benefit organisation.

The KwaZulu-Natal Philharmonic Orchestra is widely regarded as Africa’s premier orchestra.  Consisting of 70 fulltime professional musicians who come from more than 20 countries, the Orchestra has, over the past 30 years, earned a reputation for excellence and innovation amongst South African orchestras.  It has strong vision of high artistic values combined with a comprehensive education and community engagement programme.

Season tickets are available on www.computicket.com.

Tweet
More in this category: « Former Isibaya and The Lion King actor Andile Gumbi has died after suffering a massive heart attack. MTN SA drives Deaf Awareness through the love of music. »
back to top