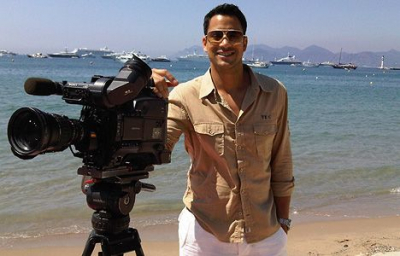 The uber of on-demand emergency response services apps in South Africa,Trigger, today announced it has signed a deal with Survivor SA’s consummate host, Nico Panagio, to represent it.  The smartphone app, which launched in March this year,  provides subscribers access to a multitude of private armed response companies, paramedics, roadside assistance, legal services as well as a trauma counselling helpline, all in one place at the click of a single button.

Trigger has attracted a number of high profile users, most noticeably amongst South Africa’s athletics and cycling fraternities, however, Panagio is the first brand ambassador to be signed to Trigger.

Panagio, is well-known for his TV roles on 7de Laan and the very popular Survivor series, along with a string of successful movies.  He is also Chairman of Missing Children SA, an organisation that not only seeks to re-unite parents and their missing children, but also plays an active role in tracing young people who have fallen prey to human trafficking syndicates, which the NGO also tirelessly fights.

For Panagio, it was a no brainer to link up to Trigger, as the smart app provides him and his family with direct access to a multitude of different emergency response services and he says: “The adage ‘better to be safe than sorry’ is now coming home to roost.  South Africa has been hit by a series of economic hardships, which has increased poverty and consequently, desperation, as people struggle to feed themselves, which has also accelerated crime.

“The reality is that personal safety is becoming a premium with the added stress of wondering when something is going to happen to you or your loved ones hovering in the back of your mind.  It makes it difficult to freely enjoy life. But, with an app like Trigger that is always-on and linked to a host of different service providers, my family and I have the peace of mind that if we need it, we can call for back-up. We are prepared and protected with Trigger because when it comes down to it, it’s all about time – the time we have to live life and the time to get to us when and if we need that help.”

Explaining the rationale behind the brand tie-up with Panagio, Trigger’s CEO, Morné Kruger said: “We approached Nico to work with us because of the work he is doing in the security space around missing children.  Nico is as passionate about saving these kids and preventing these crimes from happening, as much as we are about the protection and safety of people in SA.

“It is a relationship we envisage going beyond being limited to his spokesperson role for the Trigger brand, as we are now working with Nico on future refinements to the app off the back of suggestions he has already brought to the table, as well as several new additions to the services the app will provide.”

Trigger’s smartphone app can also be paired with a standalone panic button device, which runs off the SigFox radio frequency network.  This means that young kids, as well as parents, the elderly (anyone actually, with an active subscription), can carry the device without the need for a phone and can click the device’s button for armed response and/or paramedic assistance if they get into trouble.

Because the app and the panic button are location-driven via the GPS on a smartphone or the device, location accuracy of the originating signal is improved.  Not only that, but because the app uses machine-to-machine technology, (think eHailing apps like Uber and Taxify etc), it autonomously connects with the five nearest patrol cars (from any of the more than 280 private security response service providers linked to Trigger).  The closest on the trigger acknowledges the request and heads out to locate the caller.

In reacting faster to emergency callouts, Trigger is also aiming to improve overall crime statistics with the hope of increasing the number of arrests whilst decreasing the number of severe trauma cases.  The company is also looking at ways and means to ensure that actual logged cases are actually dealt with and promptly.