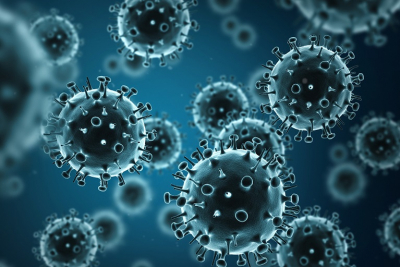 A new study published in Lancet Global Health has revealed asymptomatic individuals were also able to spread flu, transmitting it to about 6% of household contacts.

"For this reason, authors of the study believe asymptomatic infections to be an important driver of flu transmission," the statement read on Wednesday.

The study was conducted by the National Institute for Communicable Diseases (NICD), Perinatal HIV Research Unit (PHRU), and WITS Agincourt HDSS, in partnership with the US Centres for Disease Control and Prevention (CDC), which also funded the study.

The study evaluated the community burden and transmission of influenza (flu) from 2017 to 2018 in a rural and an urban South Africa community.

The NICD stated that approximately 100 randomly selected households were enrolled each year and observed for a period of 10 months.

"In each year, three out of four households have at least one person infected with flu each year. Therefore, flu is very common."

The study has also shown that the burden of laboratory-confirmed flu was high in both the rural and urban African setting, with over three-quarters of households and more than one in three individuals experiencing at least one flu infection each year.

"It is important to note that the flu incidence risk was similar between the rural and urban areas who participated in the study."

Meanwhile, repeated flu infections within the same annual flu epidemic, particularly in children, were a common occurrence in more than 15% of those infected.

"With young children also experiencing the highest-burden of flu infection and symptomatic illness, this group was more likely to spread the flu to others in their household, in comparison to other age groups."

Medically attended influenza-associated influenza-like illness (ILI), defined as fever and cough, suggest that the flu disease burden in the community may be substantially higher than that observed through facility-based surveillance.

"Understanding the community burden and transmission of seasonal influenza is critical to guide vaccination programmes and non-pharmaceutical interventions, not to mention informing pandemic preparedness."

The statement said a similar study to examine the burden and transmission of SARS-CoV-2 in the same communities, including the role of asymptomatic infections, in the spread of COVID-19, was initiated in July 2020.

The results of this study are expected in the coming months.

More in this category: « International Nurses Day 2021: History, theme, significance and quotes. The importance of nutrition in fighting cancer. »
back to top