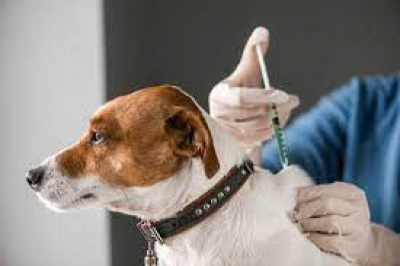 Two cases of rabies have been confirmed in jackals from the Cradle of Humankind area in the Mogale City Municipality, Gauteng, the National Institute for Communicable Diseases (NICD) said.

These two cases were detected in June, while three jackals in the same area were suspected of rabies, but not confirmed.

"In response, rabies vaccination campaigns in dogs have been underway in the affected and surrounding areas," said the NICD.

In addition, rabies has been confirmed in a honey badger in the same area during the week of 25 July 2021.

"Three human exposures to the honey badger were reported. It is reported that all three cases have received rabies post-exposure prophylaxis and wound care to prevent rabies infection."

The public health institute said rabies is controllable and preventable and that the disease is effectively controlled in domestic dogs through rabies vaccination.

The institute has urged people to ensure that their dogs are fully vaccinated against rabies.

In addition, dogs that are not fully vaccinated for rabies are susceptible to infection, the NICD warned.

Campaigns in response to these rabies cases are ongoing in the affected area of Mogale City.

According to the NICD, if any animal is showing signs of unusual behaviour, hyper-salivation, and signs of paralysis, anima-owners must contact their local or state veterinarian at Vet.help@gauteng.gov.za so that the animal can be investigated.

"Do not approach or attempt to handle animals that are not known to you. The public should refrain from engaging in direct interactions with wildlife. Often, rabid wildlife may appear tame and it may be tempting to feed or pet such animals."

When possible exposures in humans do occur, through bites or scratches inflicted by a suspected rabid animal, all wounds must be washed thoroughly with soap and water.

"It is then crucial that rabies post-exposure prophylaxis is sought immediately at a healthcare facility."

Rabies is a fatal infection, which has been an endemic disease in South Africa for many years. It is reported in various parts of the country involving different animal species.

"Spill-over to other wildlife and domestic species do occur, sometimes in locations where the disease is not often reported."

In Gauteng, the NICD said rabies is reported infrequently in mongoose and jackal, and more often on the rural outskirts of the province.

More in this category: « All you need to know about waiting periods on your medical aid. UP launches exclusive diabetes research centre. »
back to top