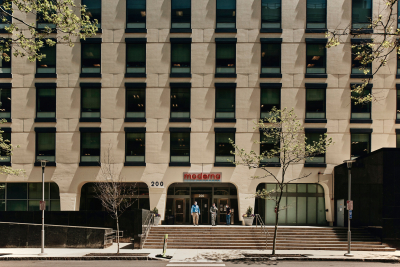 Moderna will be starting a clinical trial for its experimental HIV vaccine, and the first phase could kick off as early as this week.

This is based on submissions that have been made to the US National Institutes of Health Clinical Trial registry.

This new vaccine is said to be functionally similar to the mRNA system which is being successfully used for Covid-19 vaccines by both Moderna and Pfizer.

The trial will consist of three phases, with the first phase focusing on the vaccine’s safety and ability to facilitate a basic immune response.

The first phase will reportedly include 56 healthy adult subjects between the ages of 18 and 50. The subjects will be administered the vaccine called mRNA-1644.

The first phase of the trial is said to be scheduled for 10 months and is not ‘blind’, meaning all participants in the study will know what they’re getting.

This is as a result of the first phase not being focused on vaccine efficacy, but rather its safety and ability to mount a basic immune response.

Should the vaccine pass this first phase, subsequent phases are designed to look at the vaccine’s ability to prevent HIV infection across the wider population.

While antiretrovirals have been successful in treating HIV and reducing the risk of infection in those exposed to the virus, an effective vaccine against HIV would be a game-changer.

According to the Moderna submission,"the hypothesis is that sequential vaccination by a germline-targeting prime followed by directional boost immunogens can induce specific classes of B-cell responses".

This could then "guide their early maturation toward broadly neutralising antibody (bnAb) development through an mRNA platform."

This essentially means they believe their vaccine candidate could be able to stimulate these broadly neutralising antibodies (bnAbs) which are able to fight off the HIV infection in the first place.

It is worth noting, though, that the characteristics of HIV have meant decades-long research for a vaccine has proven fruitless.

Hopefully, the advancements in vaccine research and the successful rollout of the Covid-19 mRNA vaccines will put us on the road to finally solving the problem of creating an effective HIV vaccine.

More in this category: « SAHPRA assures public that COVID-19 vaccines are safe to use. Blood clot risk much higher from Covid-19 than after vaccination: Study. »
back to top