SA is overburdened by physical illnesses that mental health continues to take a backseat. 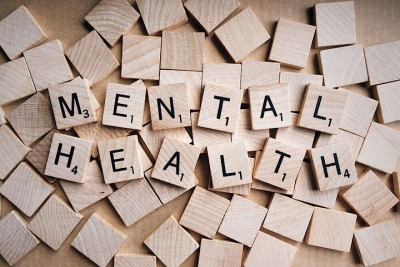 Health Minister, Dr Joe Phaahla, says South Africa still has a long way to go to recover from the effects of the COVID-19 pandemic to rebuild the country’s health system and improve mental health services.

Speaking during the National Dialogue on Mental Health on Monday, Phaahla cited a report that found that between 75% and 95% of people with mental disorders in low- and middle-income countries cannot obtain mental health services.

According to the Minister, this was exacerbated by financial and human resource limitations, stigma and discrimination against mental health patients and their families.

"There is no doubt that as a country, we're not in a much better situation than our compatriots from many low- and middle-income countries," he admitted, adding that South Africa was far-off from the World Health Organisation’s guidelines.

At home, Phaahla said physical illnesses and infectious diseases (including HIV, TB and now recently COVID-19) associated with environmental situations and non-communicable diseases were putting a huge strain on the country’s health service.

"All this added to that huge burden of trauma and violence. So,our health system is continuously overburdened with these physical illnesses and we can hardly focus on something a little bit more subtle and more hidden such as mental health."

The Minister said according to studies, one in three South Africans experience common mental health disorders, while less than one in 10 people living with mental health conditions receives the care they need.

As a result, the Minister believes that there is a "huge gap to cover" to make proper provision for mental health in the country.

"… Even before the COVID-19 pandemic, our deficiencies in terms of provision of proper mental health services were well established."

He described the Life Esidimeni tragedy involving the deaths of 143 people at psychiatric facilities from causes, including starvation and neglect, as one of the most palpable exposures of the shortcomings of the country’s mental health services.

In addition, he cited various other institutions, such as the Human Rights Commission, that have exposed the deficiencies in the country’s mental health services.

"The COVID-19 pandemic, as it descended on us early last year, just made the situation worse,"the Minister said.

He told participants that the deadly pandemic has also diverted financial resources from essential health services.

"Almost every rand was used to provide personal protective equipment, consumables such as oxygen, ventilators, and all these took away valuable resources, which could have been used for other health needs, including mental health services."

In addition, he said the outbreak also claimed the lives of over 700 healthcare so far.

"Almost everyone amongst us has lost a relative, co-worker, and neighbour and all this causes a lot of stress."

The pandemic also resulted in a loss of income, jobs and livelihood, which adds to the mental strain, he said.

"We acknowledge the fact that we have a lot to do to claw back from… the pandemic."

Meanwhile, Phaahla said government was working around the clock to stabilise the spread of the virus as the country recently exited the third wave and the number of infections is on the decline.

In addition, he said government was dedicated to rolling out life-saving vaccines to prevent loss of life, and further anguish on healthcare workers’ lives and society.

More in this category: « Moving back into the office can positively affect mental and physical health. SA Medical association calls for immediate Covid-19 booster shots. »
back to top