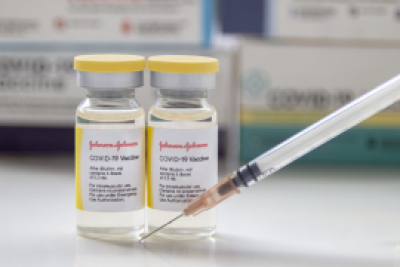 The South African Health Products Regulatory Authority (SAHPRA) and Johnson & Johnson (J&J) on Friday approved vaccine booster doses for all healthcare workers who received the first shot as part of the Sisonke Study.

This comes after the United States Food and Drug Administration (FDA) recommended a second dose of the J&J vaccine for all Americans 18 years and older who received a single dose.

Meanwhile, a new trial has since evaluated a booster dose given at least two months after the first dose in 31 300 participants from more than nine countries.

According to the data, vaccine efficacy against the disease was 94% in the US and 75% globally.

At a global level, vaccine efficacy was 100% against severe disease and critical disease.

"In this study, two doses were safe and usual vaccine side effects were reduced following the second dose," the SAMRC said.

At home, 496 424 health workers received a dose of this vaccine to evaluate its effectiveness between 17 February and 17 May 2021.

"By rolling out the Sisonke Study, we bought valuable time for healthcare workers, and were able to protect them four months ahead of the national rollout and ahead of the Delta driven third wave," said one of the co-national principal investigators of the study, Professor Glenda Gray.

Sisonke showed that the J&J vaccine was safe, easy to administer and provided good protection against severe disease and death.

The single-dose regimen has since been administered to other essential workers like educators, police officers and those living in rural locations.

In addition, more than 5.2 million people in South Africa have received at least one dose of J&J to date.

According to the SAMRC, booster shots are becoming available in many parts of the world.

"Scientific evidence on the progressive decrease of immunity and the need for booster doses is evolving and some countries have decided to offer booster doses to certain high-risk populations like the elderly and health workers or other frontline workers."

The SAMRC said increasing coverage of first doses to reduce hospital admissions and deaths during a fourth wave remains a top priority since only 30% of eligible adults have been fully vaccinated.

The research organisation said the results will be used to guide future decisions regarding boosters.

"We are in the final stages of approvals from the regulators and ethics review committees, and vaccination will be open to all health workers, including pregnant and breastfeeding women who received a first dose of the J&J vaccine."

However, the frontline workers who have received “unauthorised” booster doses of Pfizer after the J&J vaccine are encouraged not to take part in the research due to insufficient safety data.

The Department of Health’s Acting Director-General, Dr Nicholas Crisp said: “Vaccines remain our most powerful weapon in the fight against the COVID-19 pandemic and our priority remains the most vulnerable groups, especially senior citizens or adults who live with compromised immunity in the majority, ahead of a fourth wave”.

Health workers who participated in Sisonke will receive an invitation by SMS on the number they used to enrol for the first part of the study.

Enrolment will be through the Electronic Vaccination Data System (EVDS) and the boosters will be offered from the week of 8 November at selected sites to be announced soon.

More in this category: « SA Medical association calls for immediate Covid-19 booster shots. COVID-19 more deadly in Africans with diabetes. »
back to top